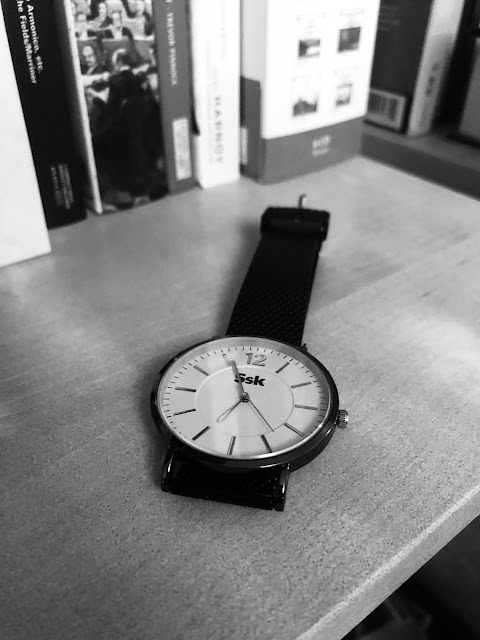 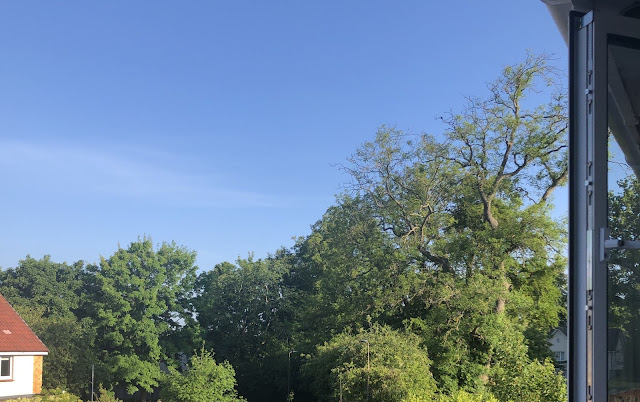 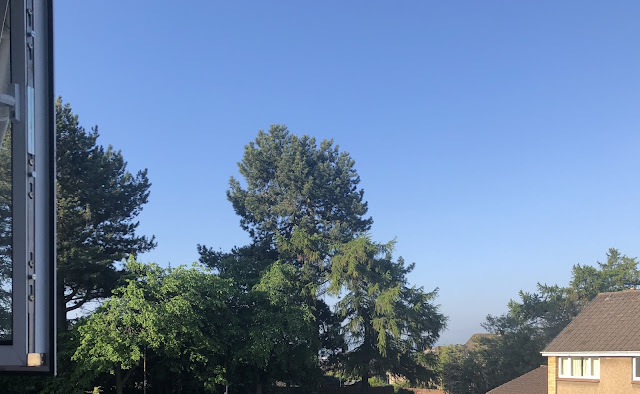 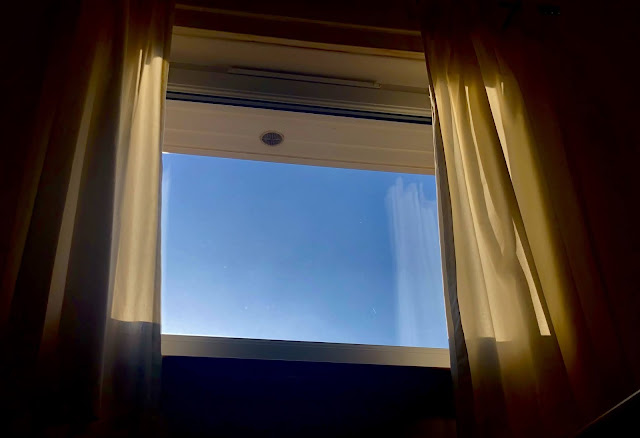 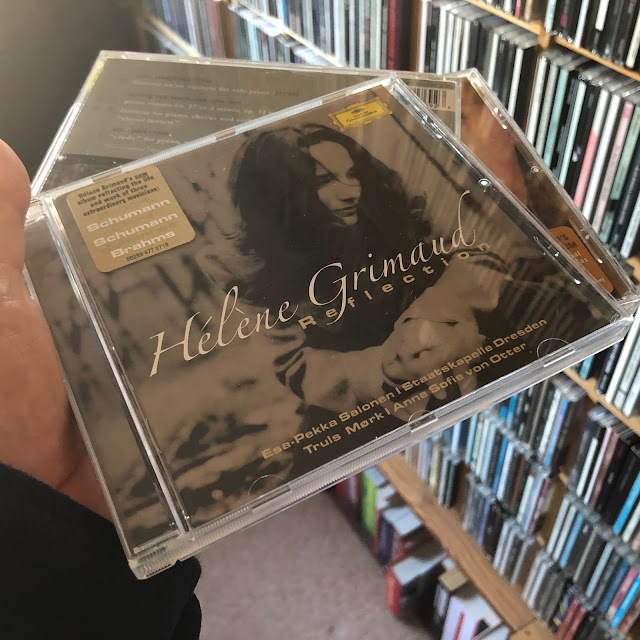 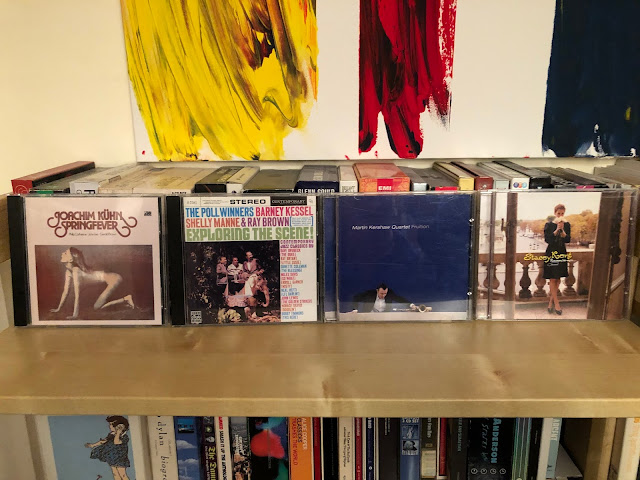 A record would be chosen... 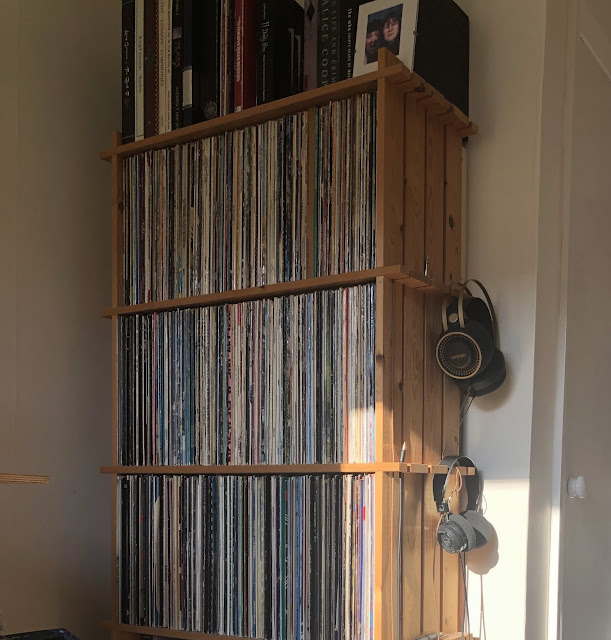 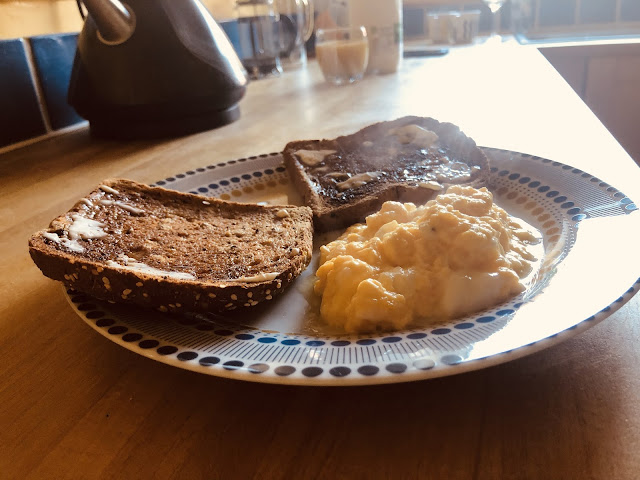 WFH soundtracked by my albums of the month (by release date) for every June from 1959 onwards... 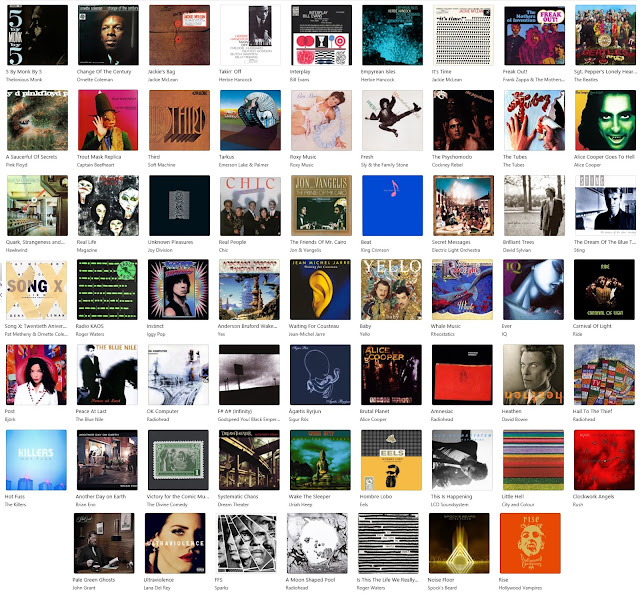 A record was indeed chosen - not the best Neue Deutsche Welle album ever, despite the presence of Fehlfarben and DAF alumni and the inclusion of many songs which would grace their respective discographies... 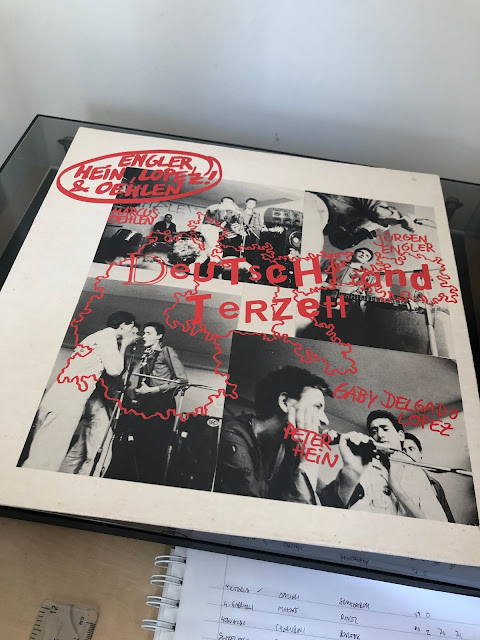 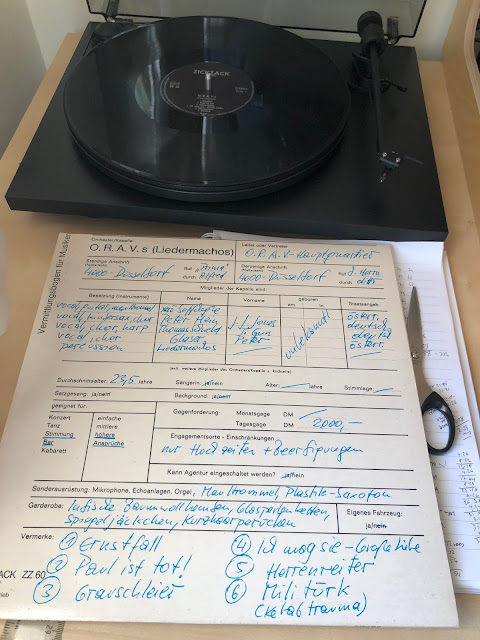 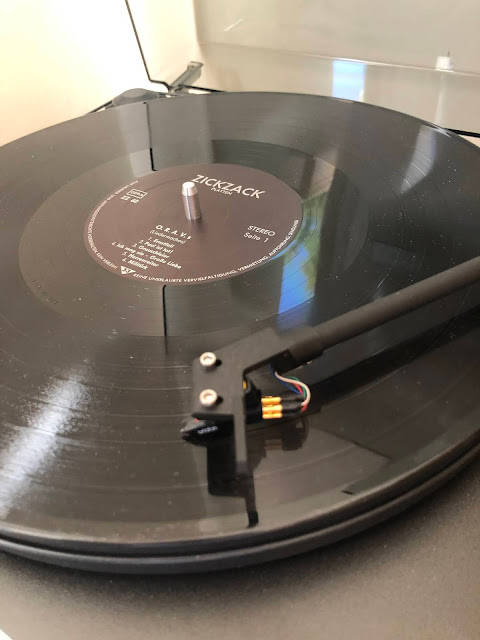 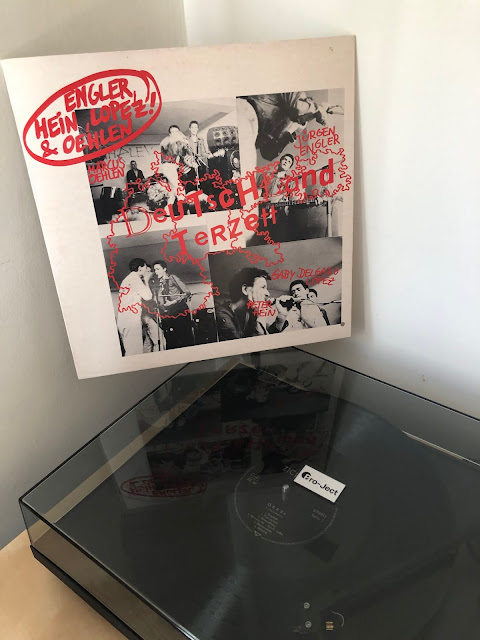 Twitter puled forth a display of my Bill Evans collection... 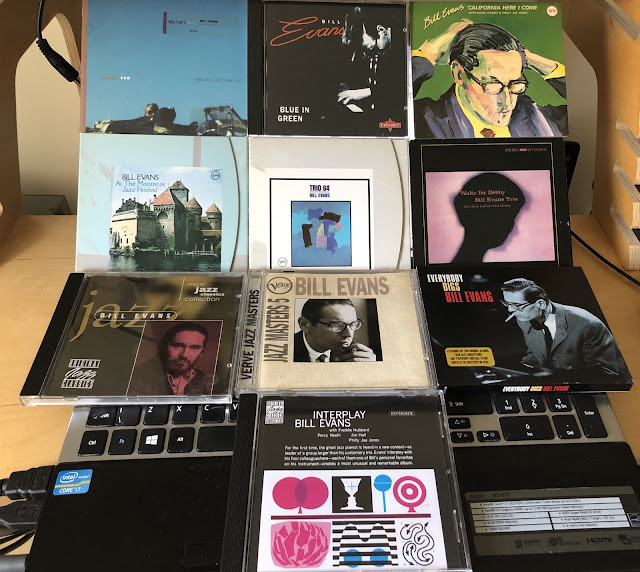 By the end of the day, the 40 tracks which comprise the next CBQ soundscapes album was up on Bandcamp awaiting release... 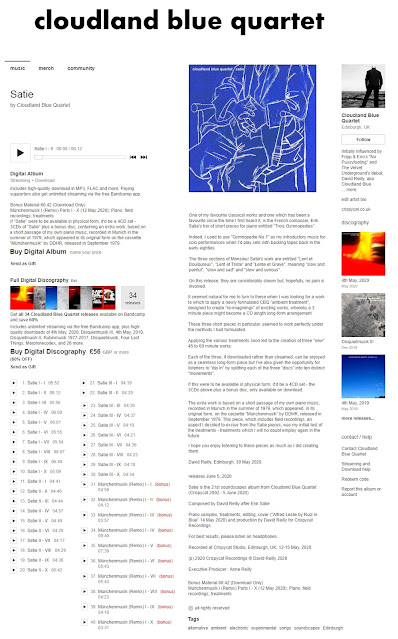 I was going to release it on 13 June (sister Pam's birthday) but, this Friday (5 June), Bandcamp are waiving their fees - it'll be up on a free/pay what you like basis - so, if anyone does actually put their hand in their digital pocket, I'll get Bandcamp's share for the first 24 hours...

Having enjoyed a salad made by me for lunch, Anne showed me what's what with the tea... 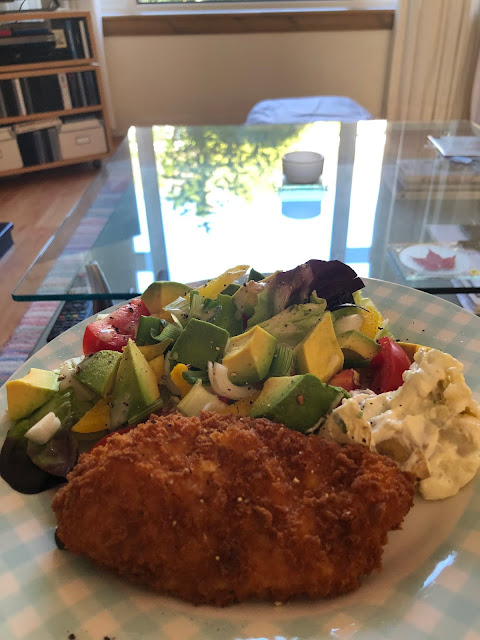 The evening was spent creating a potential mix for the song "No Last Tilt" using one of the vocals from yesterday in the attic...

Mr Spark will not be chuffed that changes to the format of the backing track have been made...

But nothing's set in stone... 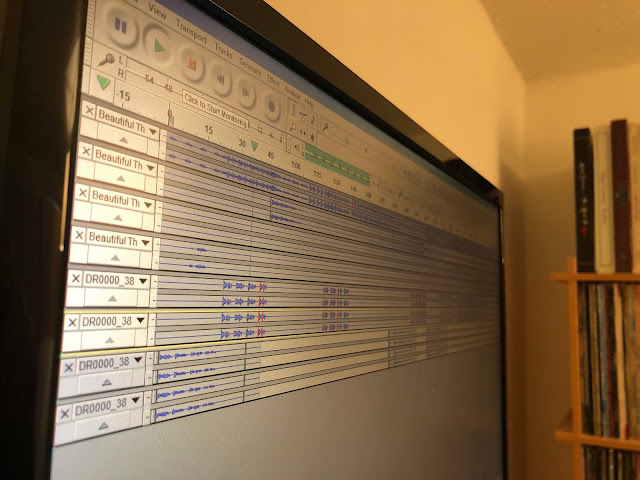 ..and then, to creating a third disc for this, recorded 46 years ago today - having downloaded and been disappointed with the "out-takes" - which are actually just the songs played but not released brought to you by a dodgy audience tape - my third disc comprises thee studio versions of the songs played... 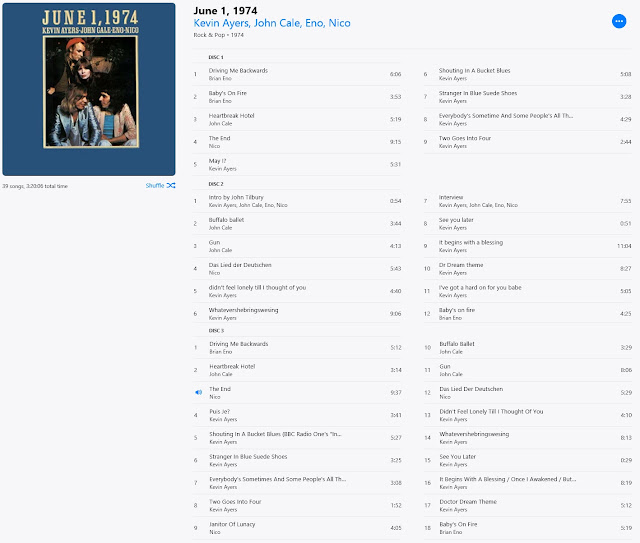 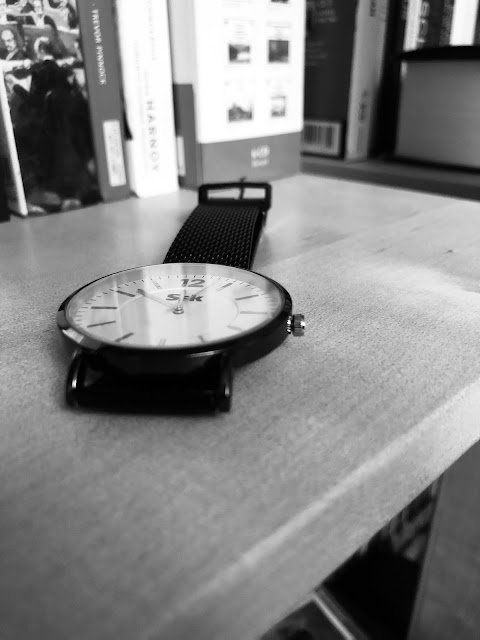