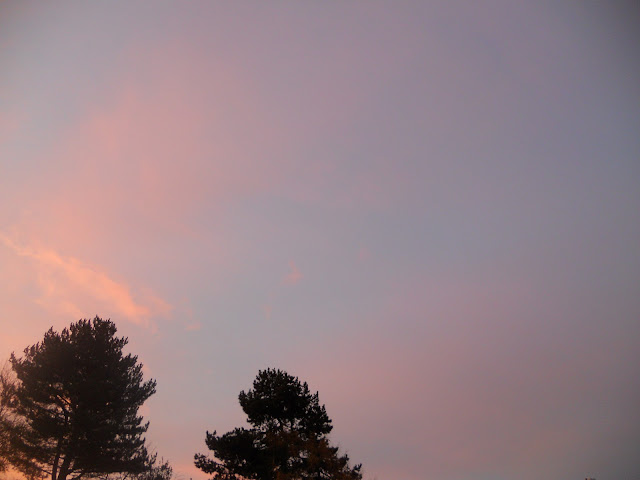 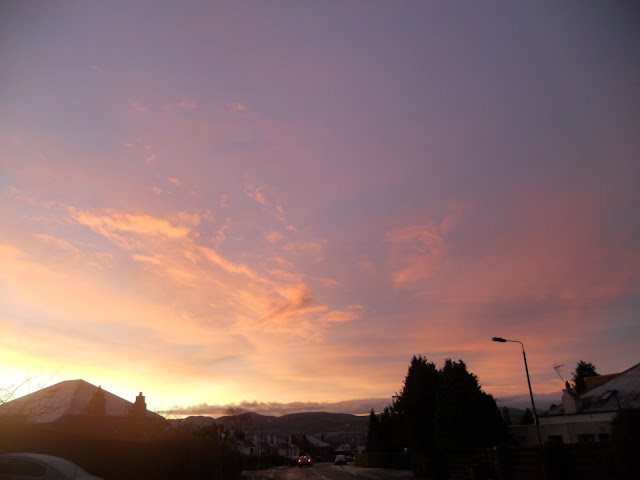 A visit to FOPP this lunchtime resulted in XTC's second album and two recent releases (2005 and 2008) from the mightily unfashionable Al Stewart entering the collection...

On the way back, the tree featured a couple of times over the last few weeks, is now leafless... 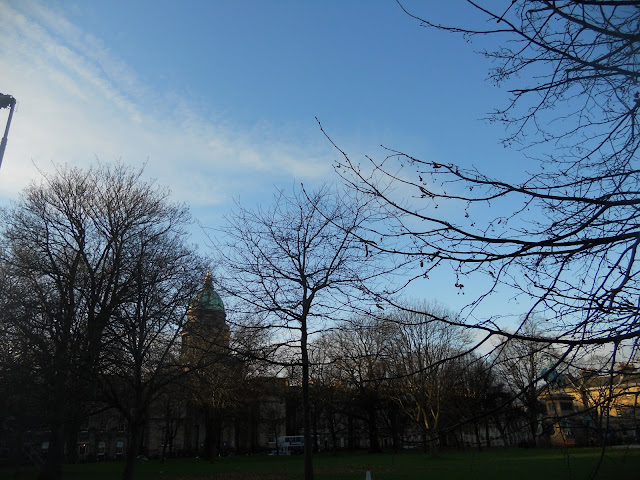 Anne brought the Cloudland Blue Mobile to me uptown before setting off to meet Munro climbing chums Sid & Debbie for a performance of Matthew Bourne's choreographed "The Nutcracker", declared later this evening to have been one of the very best ballets Anne has ever seen (and she's seen a few)...

Meanwhile I drove back home to pick up the guitar and sundry necessary accessories and then down to Kat McKenzie's to pick her and partner Dave up (along with Kat's piano) and, around 6:45 we arrived at the venue for tonight's special gig a House Concert at 42 Royal Park Terrace in Edinburgh...

A quite excellent room... 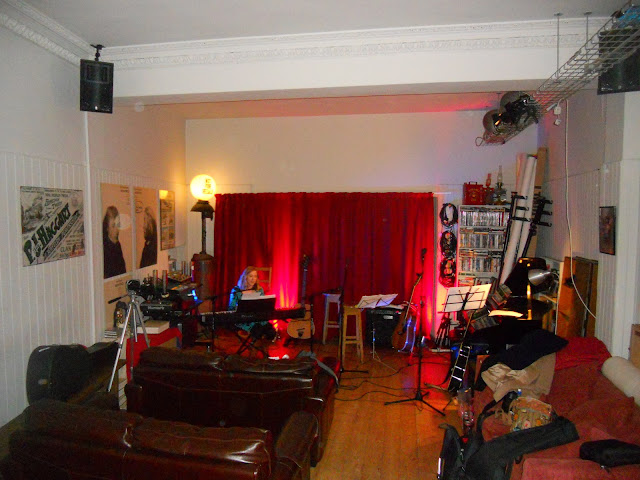 ...including the late unexpected introduction of Ian Sclater's bassist, Dougie, indicated the sound was going to be good - although the sound onstage itself was possibly going to be difficult...

We needn't have worried...

The audience started to arrive... 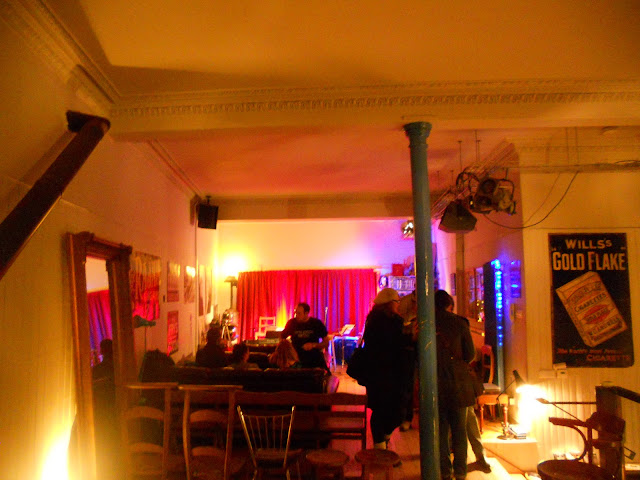 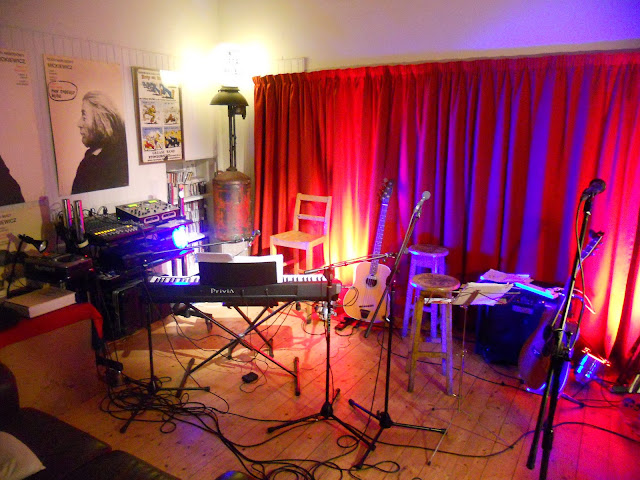 Everything went according to plan - we played three sets, with all of us onstage throughout, ending just before eleven...

The first and third sets featured each of us playing solo, in a round robin stylee, while the second was a specially prepared set where the newly formed trio played two Ian Sclater, two Kat McKenzie and two CBQ songs - again alternating the lead vocalist...

Here's the view from my place - rather shaky I'm afraid... 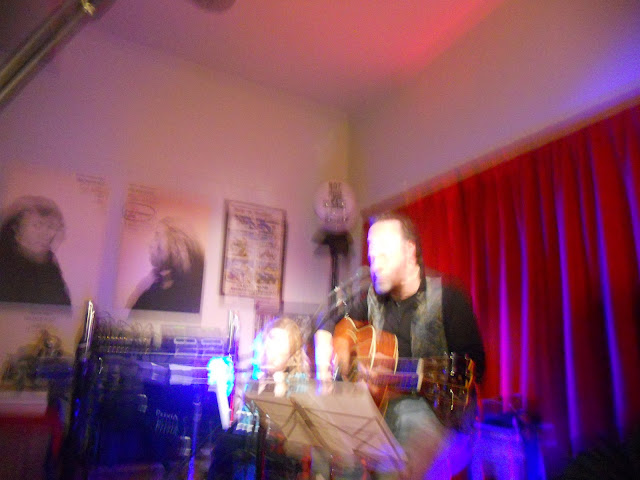 It sounded pretty good by all accounts from our audients - who included chums Jamie, George and Jim... 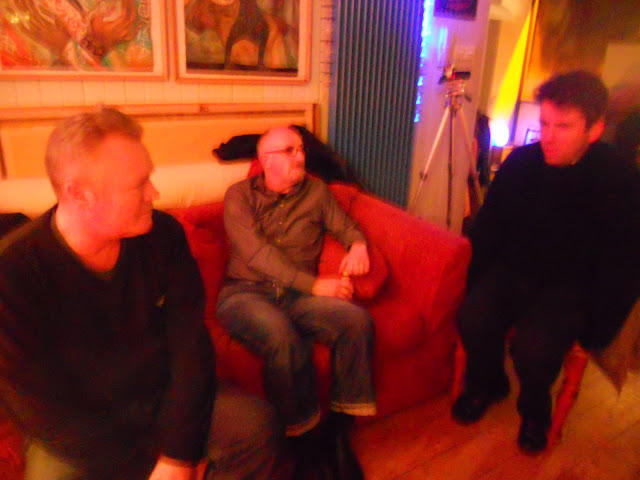 ...despite our only having had two practises prior to tonight...

The format was a big success for performers and audience alike...

Altogether we presented 32 songs to a great audience - while we were playing you could have heard the proverbial pin drop - and I managed to include four songs from the forthcoming CBQ album...

I gave everyone in the audience a copy of "Souvenir XIX" which features the 10 CBQ songs played tonight and will shortly be uploaded to the CBQ Live site for streaming and download...

Postcript June 2014 : Ian posted two videos to Youtube of our performances, around 40% of the concert:-


So, all in all a very enjoyable and successful evening which ended with me taking Kat and Dave home and finding, upon my return to Crispycat Towers, that I'd left the iron on all evening and left the house without setting the burglar alarm...

I think I got away with it by blaming Meg the Black Cat... 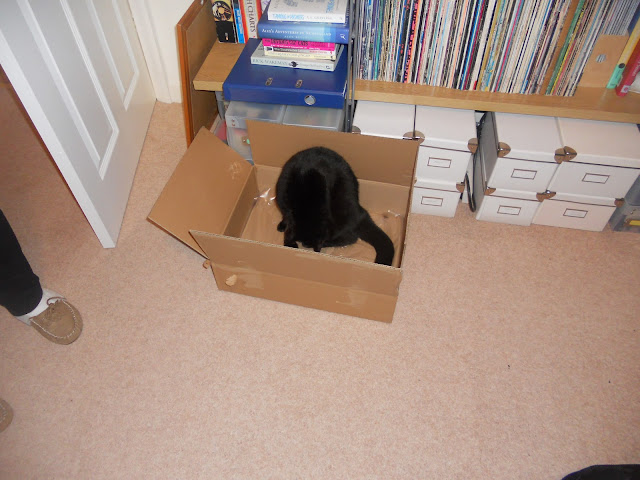 Highlight of the Day : Performing to an appreciative audience...
at December 02, 2011