Preparing to send stuff off into the world... 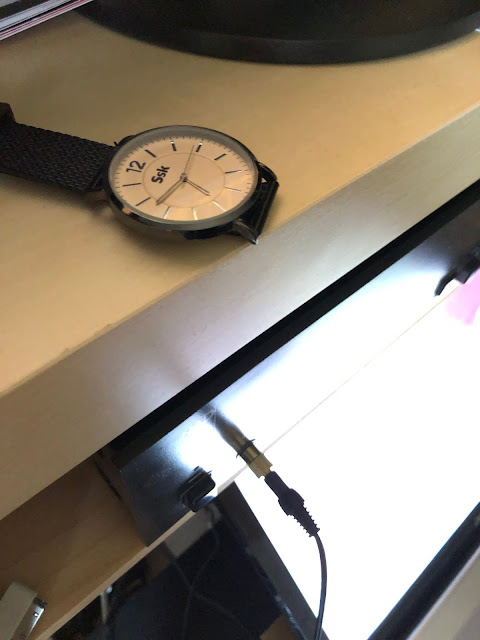 It was April 1st and I was recalling that time back in May 2015 when Anton Corbjin's portrait of me appeared in a gallery in The Hague... 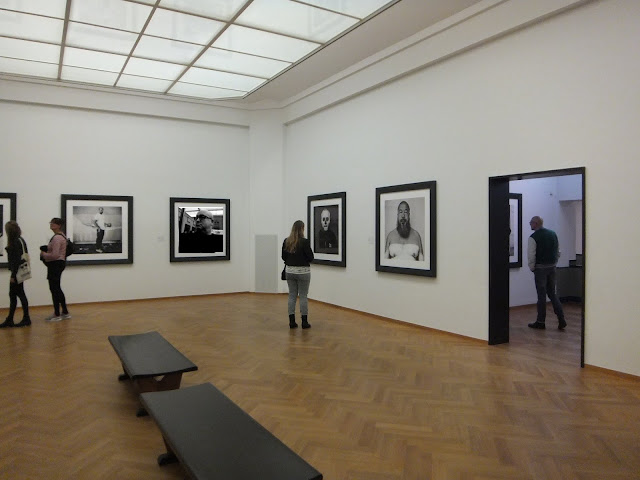 Many people on Twitter "liked" this and congratulated me...
I reminded them it was April 1... 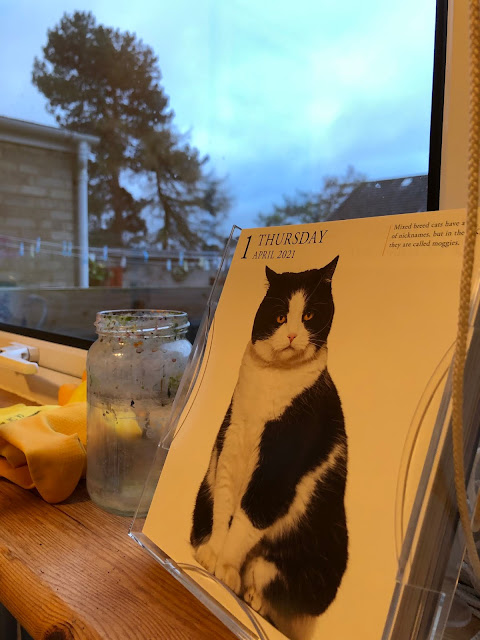 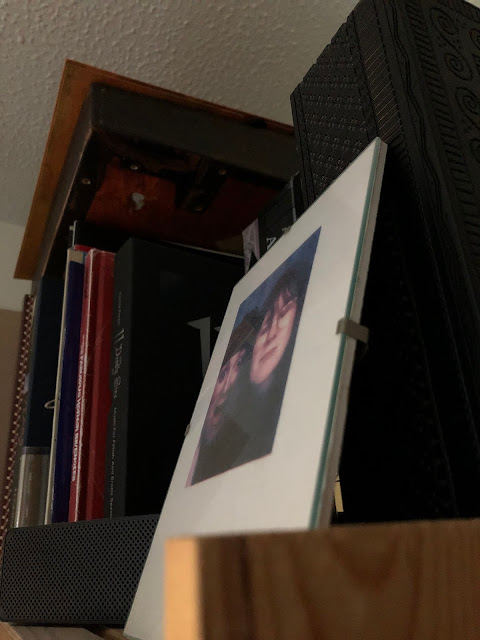 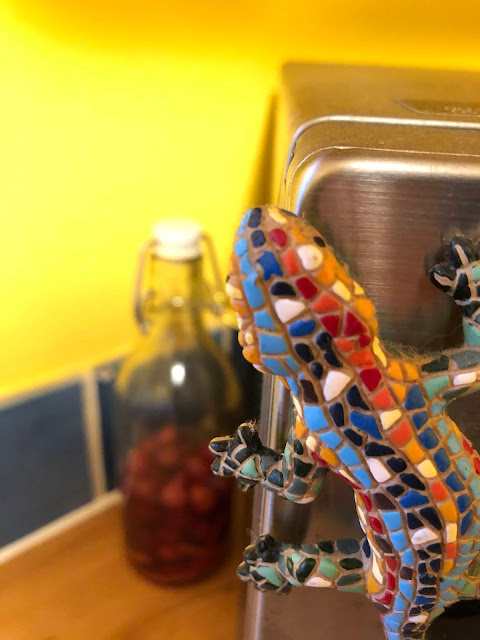 Fang visited and stayed for a good few hours... 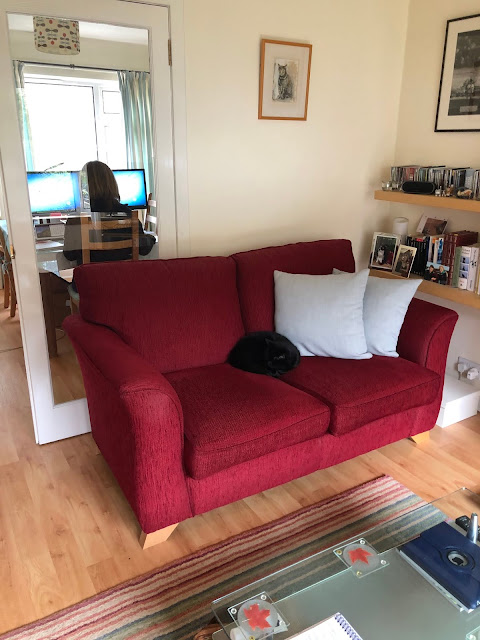 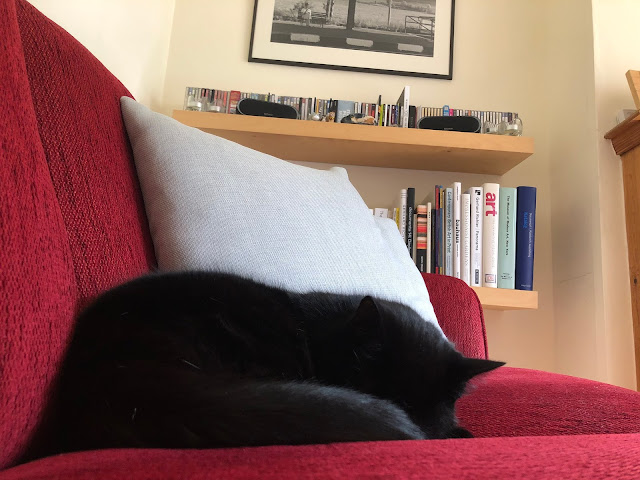 He was too tired to bother about the squirrel today... 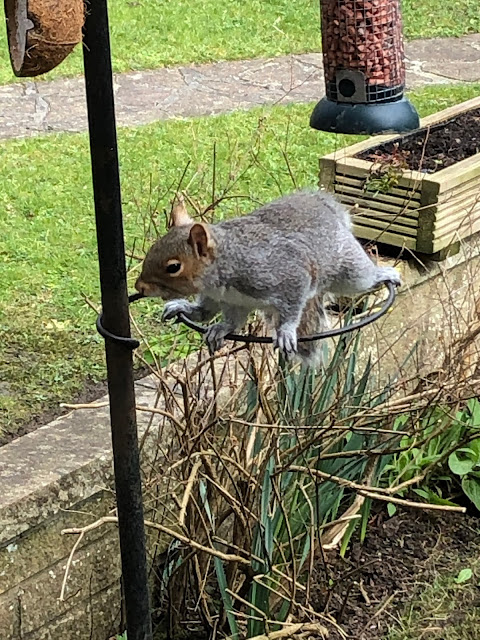 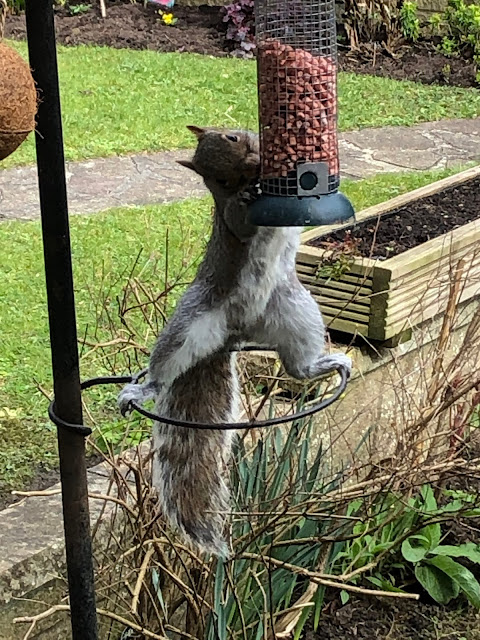 ...about which, the squirrel looked particularly pleased... 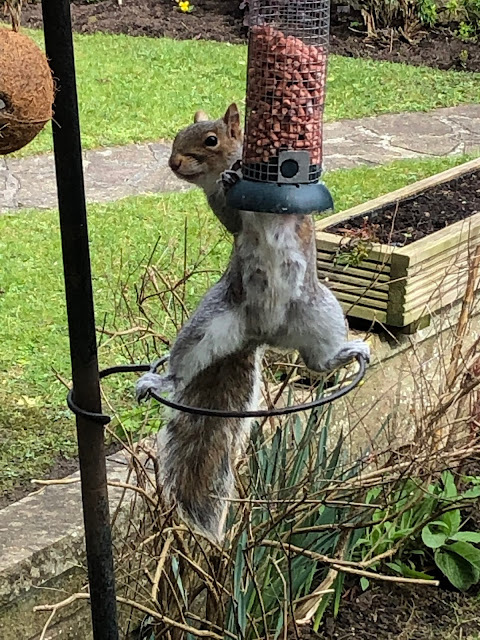 Fishcakes for tea - Anne's replaced my bean choice with a poached egg... 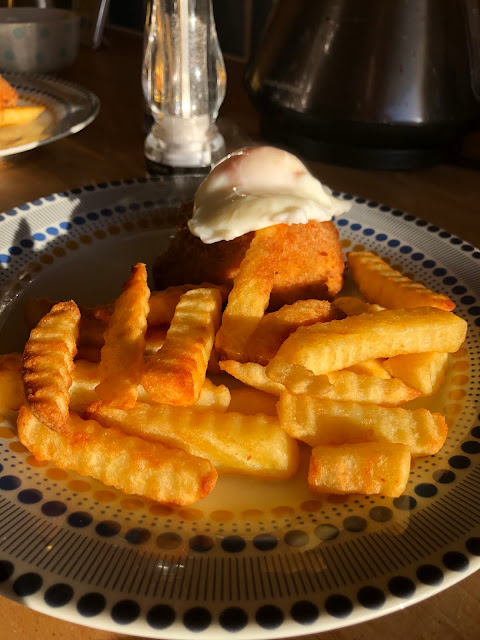 The scene this evening as the upload and notes etc for the new LP was finally finalised (or so I thought... 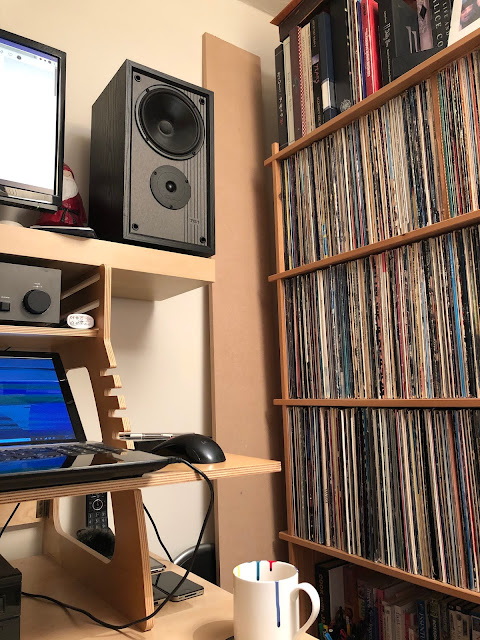