The Man With The Exploding Head....

I didn’t go to bed till around three as I got caught up in reading comedian Richard Herring’s blog and his message board (www.richardherring.com).

Consequently I got up late – well, late for me anyway - at 8:30. Anne and I caught the bus uptown on a day ticket as we were going to be heading in again tonight to meet up with her best friend Lynn and her partner, Ross for dinner - it’s Lynn’s birthday on Monday.

We had breakfast on George St and then I went to the Record Fair where I was to meet Alan Brodie at 11. Anne went off to do some shopping of her own.

I paid my pound and went in and, true to form Alan phoned around 11:25 to say he was running late. He arrived at 11:35 a wee bit worse for wear – he’d been up till 5 in the morning drinking wine with his flatmate and comparing the merits of Bob Ezrin’s productions of Lou Reed’s “Berlin” and Alice Cooper’s “Welcome to My Nightmare”.

The fair was better and busier than I expected and I had a good chat with my old friend Eric, one of the stallholders. He used to work with the legendary Bert Muirhead at Hot Wax. Bert was famous for his rudeness to customers – on the day Freddie Mercury died, Bert hid all his Queen stock in the basement and refused to sell it, telling customers that “if it wasn’t good enough to buy while Freddie was alive, you’re not F**k*ng getting it now he’s dead”. It was always entertaining to be browsing in the shop when someone took something to the counter to buy, or worse still was bringing back some faulty item or other – Bert would just knock the pish out them something rotten. 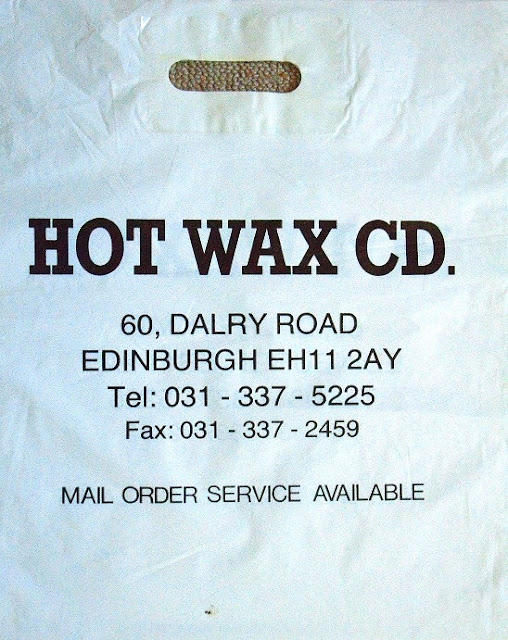 When I had my record shop, he’d sometimes pop in. On the other side of the counter, he was nice as pie. So I asked him, “Bert, how come you’re so rude to your customers?” His reply was “I was trained in the Post Office”?!!?

There are probably thousands of people around my age or a little bit older or a little bit younger, who owe a lot to Bert and to his long-suffering sidekick Eric, with regard to many a treasured gem in their record collection. Hot Wax (and, prior to that Ezy Ryder) is sorely missed on the Edinburgh Record Shop scene. 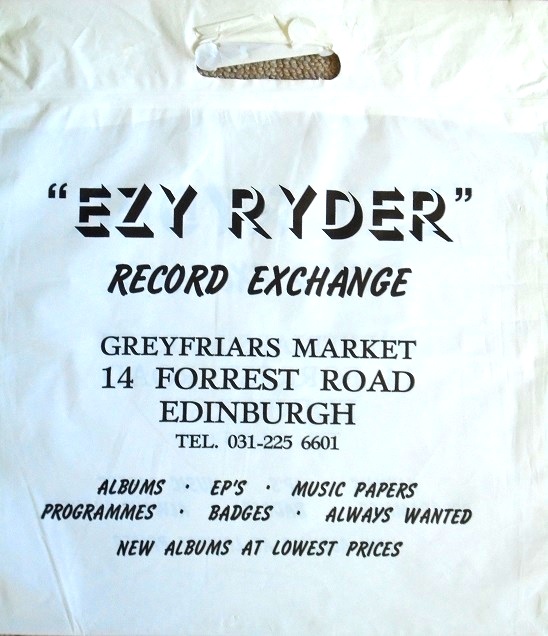 Anyway – at the fair, I bought a couple of classical discs – Bartok’s music for two pianos featuring one of my favourite pianists, the Argentinian, Martha Argerich, and, on Alan’s recommendation, Nielson’s Symphonies 1 & 6. Meanwhile Alan bought a “Walkie Talkie” by Air, the special edition with the DVD, a disc by Belle & Sebastian (he really should know better) and a 12” by Blancmange.

We met up with Anne and had lunch at Henderson’s Vegetarian Restaurant – expensive but tasty and wholesome, before Alan headed off on the train to Dundee to see his lovely young lady, Penny, who’s studying up there.

Back home, I worked on Ian Sclater’s music all afternoon as I have a session with him tomorrow and have to get a few CDs together for him.

In the evening we went back to town and met up with Lynn and Ross for what turned out to be quite a drunken night for me (which means I had more than 1.5 pints of lager).

We had Thai at the Muang Thai restaurant, coincidentally almost directly opposite Henderson’s on Hanover St. I asked for my starter of “Root Salad” to be “hot”. But I hadn’t bargained on the heat I got – sliced chillies, grated chillies, chilli seeds and indeed chilli juice all seemed to figure in the recipe!!

We each had a dessert too, the food was so good, and then went back to the bar we’d met at earlier for a few more drinks.

A night bus home saw us back at the house at 1.

I knew I’d have a hangover but I still needed to get up as earlier as possible to get everything packed up and ready for Ian’s session – and I still had some transferring of songs to CD for him and to burn his copies of The Big Word birthday party CD….
at April 23, 2005

I came across your post while looking online for info about Bert Muirhead. He crops up in Hot Wacks Book XI, a discography of rock bootlegs, under the heading 'Blacklist' -
"For a number of years our magazine, Hot Wacks Quarterly, was distributed in Scotland by Bert Muirhead operating as Hot Wacks (no relation to our publications). On October 25, 1984, we mailed 250 copies of HWQ#14 to Bert at his request. After numerous requests for payment, including a registered letter, we still have not been paid. As is our custom when we get ripped off we let everyone know who the jerk responsible is. We would advise our readers not to deal with Bert Muirhead or Hot Wacks located at 16 South St., Edinburgh 2, Scotland. We hope it was worth it for you to rip us off asshole."

I wonder what he's up to nowadays, should he still be alive. Hot Wacks, the magazine and book, was a Canadian production, I believe; it was certainly printed there.

Hi Berenice - thanks for your comment. As far as I'm aware, Bert lives on. He sells music via e-bay and other online outlets and is active on the Twitter. I wasn't aware of his having ripped off Hot Wax magazine - I'm sure the majority of those 250 copies are probably in a cupboard somewhere still unsold!