Up early but no podcast (yet) to upload...

Working on other stuff re music of of the year...

To the gym, under good early skies... 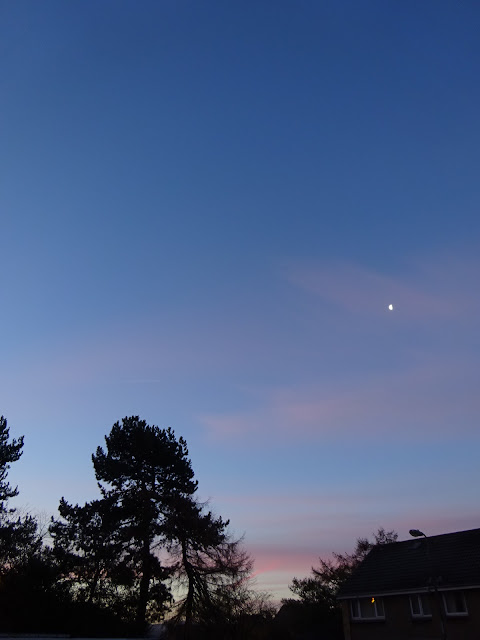 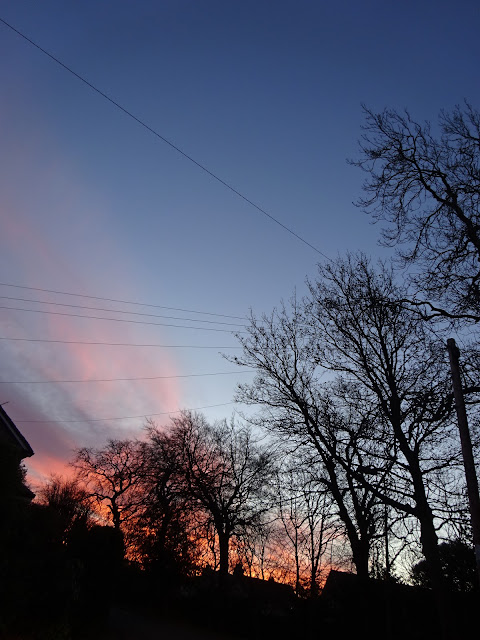 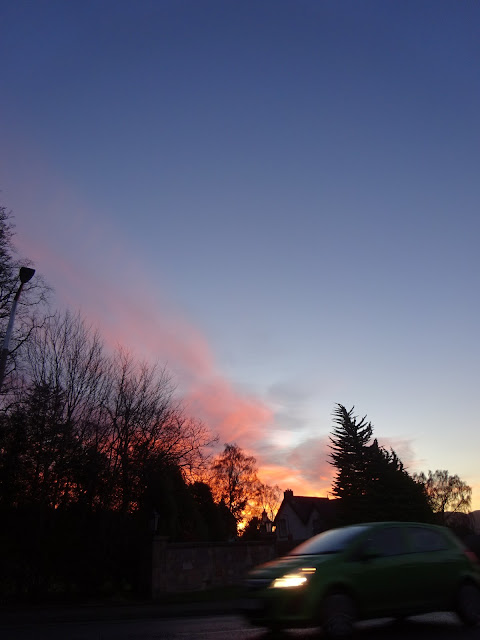 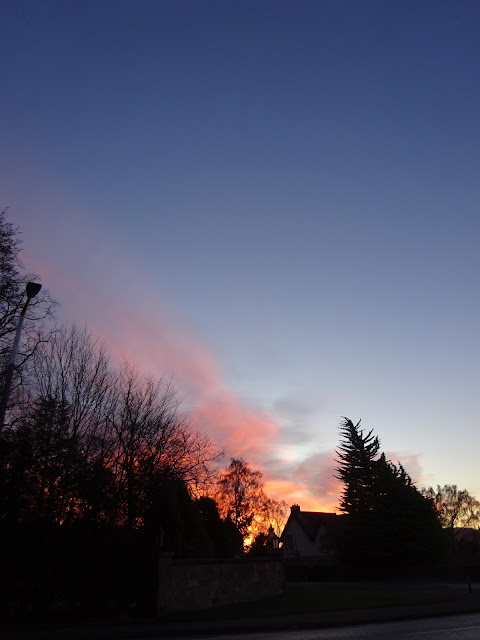 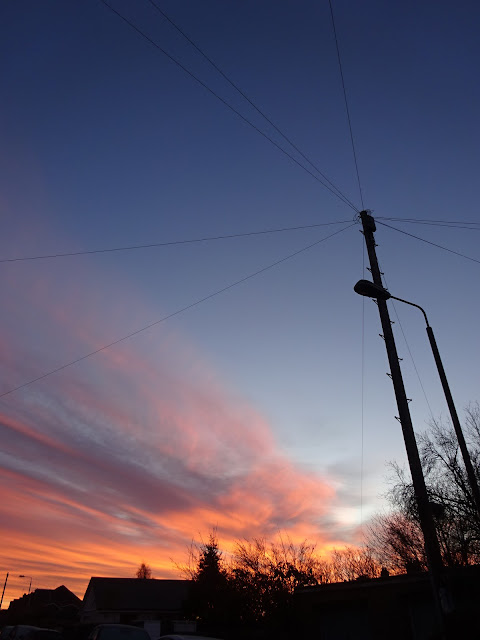 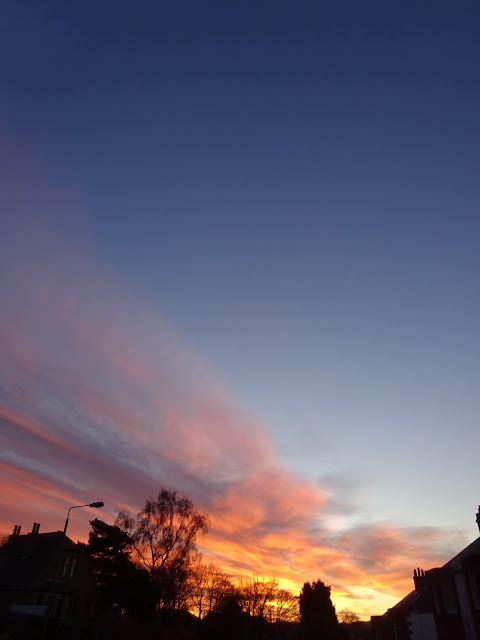 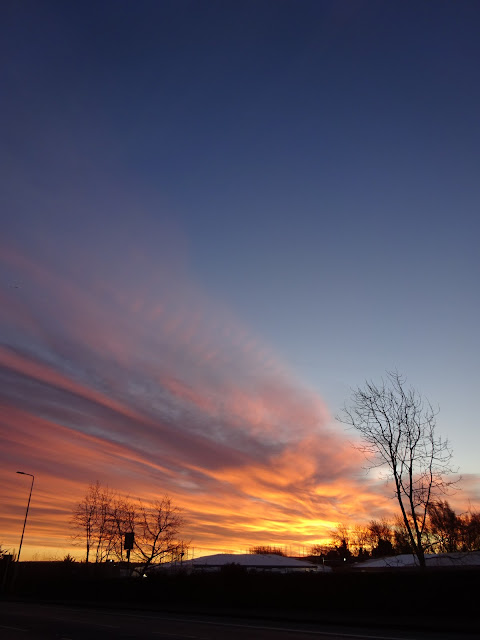 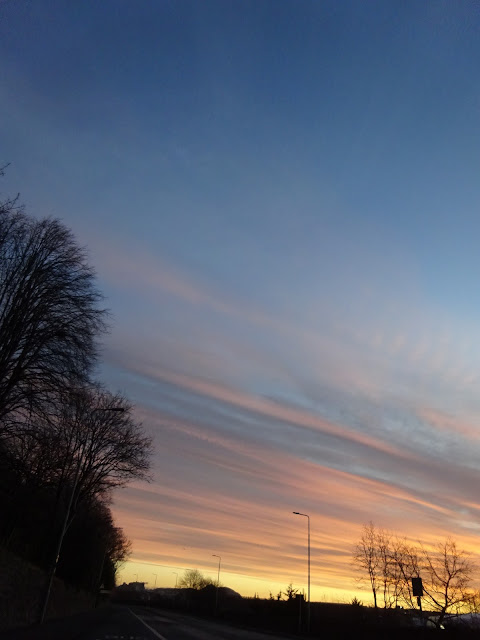 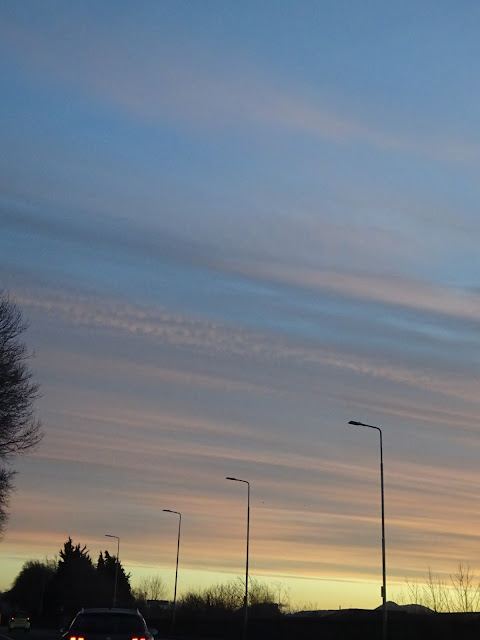 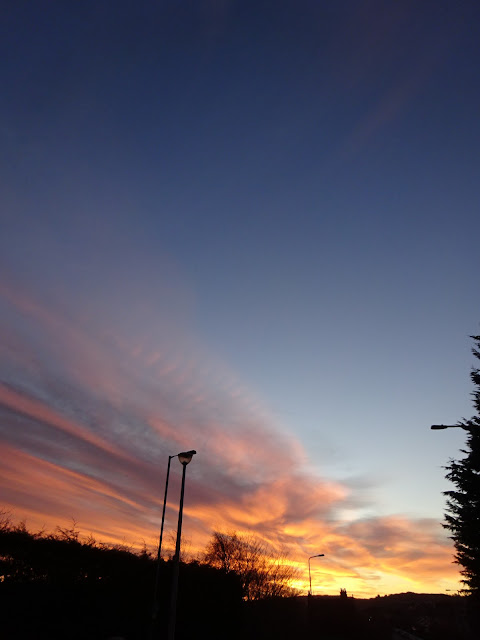 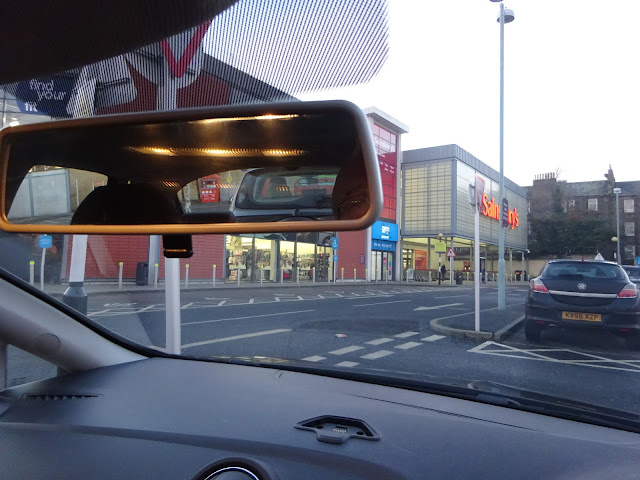 A reasonable amount of distance covered on the machines and then a wander in Sainsbury...

Swithered over a couple of these- just as well I did not buy as they were deemed to be "too big"... 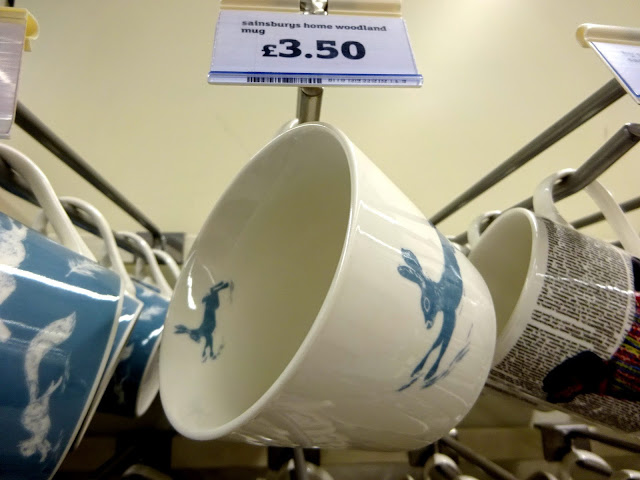 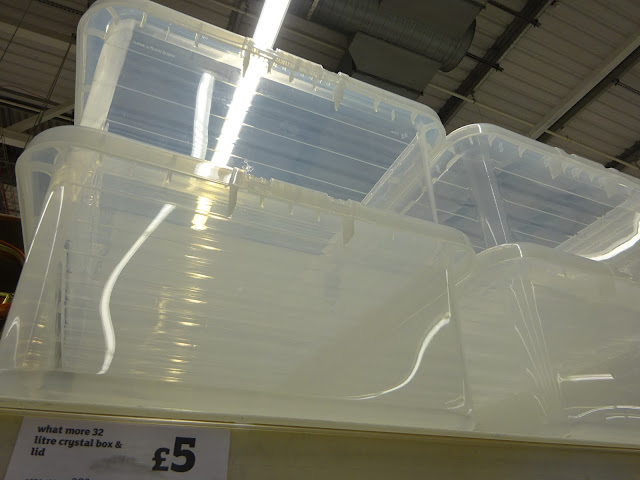 As I wandered around, Roger Waters popped up on my headphones and my thoughts turned to this time both seven and six years ago and the fate of my wee sister...

Home for breakfast and some TV, the latest episodes of "Love, Lies and Records" - in which we are starting to detect some holes but it's entertaining nonetheless...

In the afternoon, with Anne off to see Hearts' first win at the revamped Tyncastle (1-0 over Motherwell), I had eschewed a visit to Dunfermline to see Queens - turned out to be a glorious 5-2 away win with Stephen Dobbie securing a hat trick in the last 16 minutes of the game...

Anyway, I recorded and uploaded the podcast and uploaded and released the latest CBQ album, the 15th of soundscapes since 1996 - "Disquietmusik" - which comprises the guitarscapes recorded back in July...

In the evening, took Anne to her Xmas party then drove out to my mum's...

It was time for some cheering up as we recalled sister Pam finally losing her just over a year long fight against her brain tumour...

With sister Sheila off to Yorkshire to celebrate great nephew wee Dougie's second birthday, just me and my old ma were out tonight...

The venue was Cibo near Roslin... 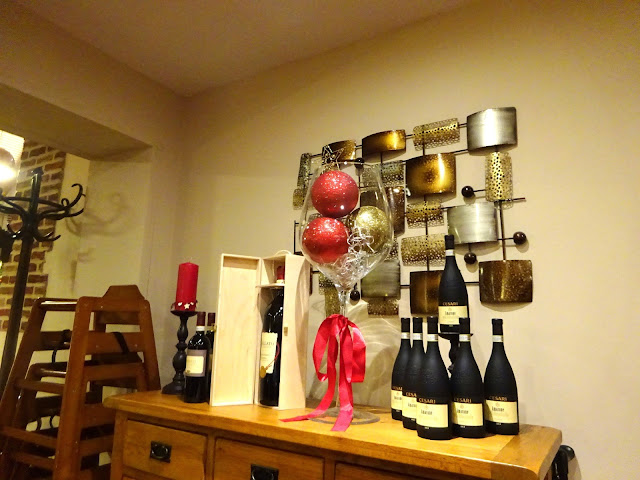 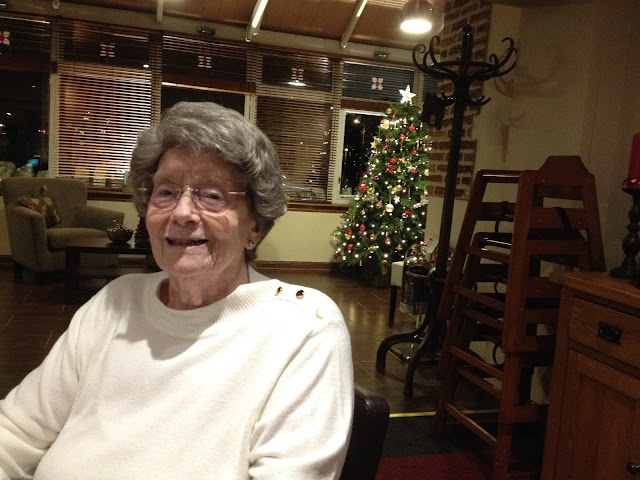 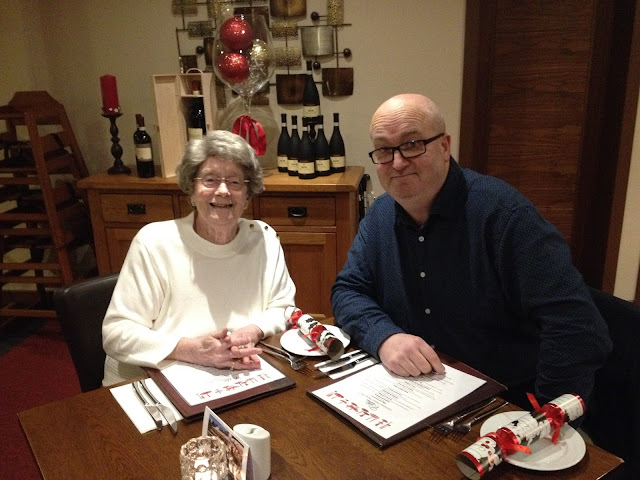 Crackers were pulled and Xmas hats were donned... 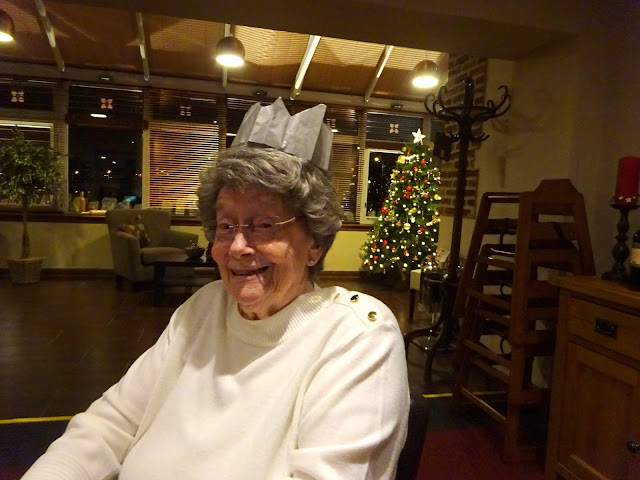 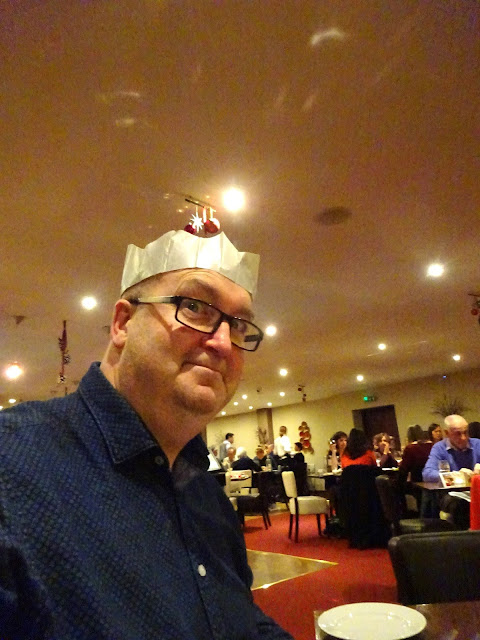 The food was good... 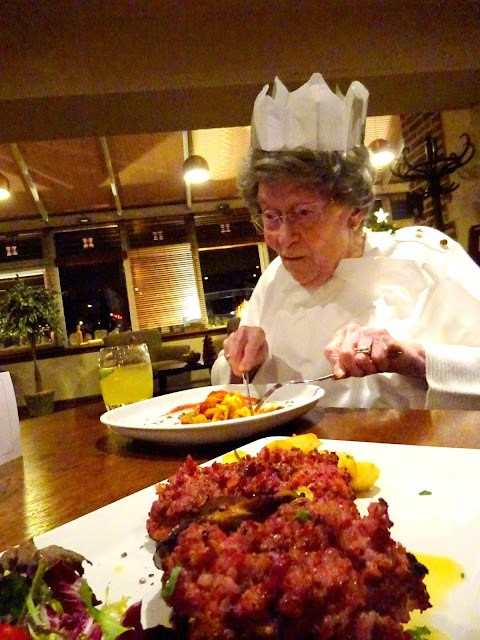 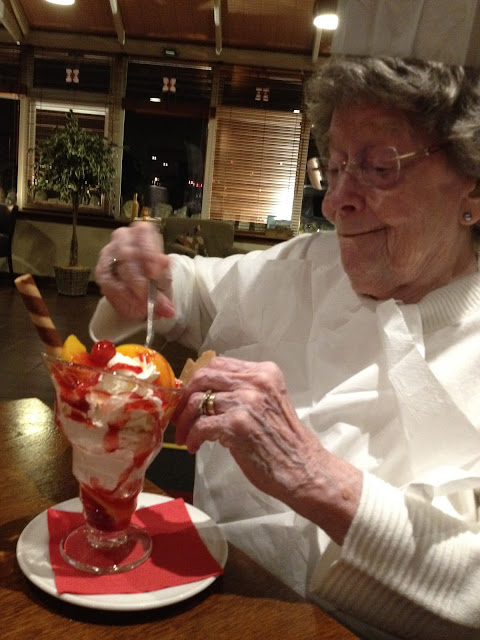 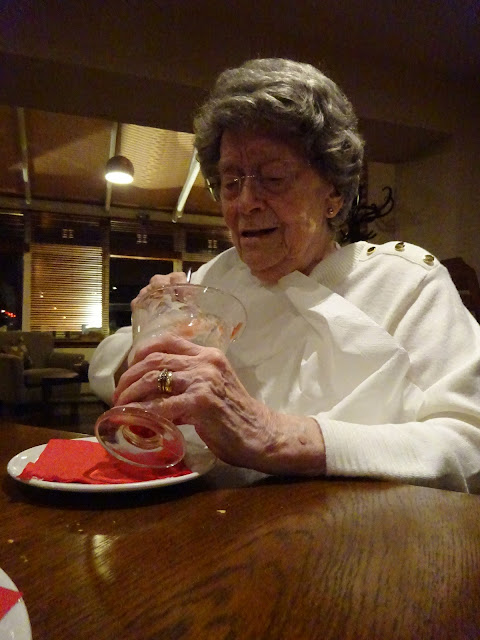 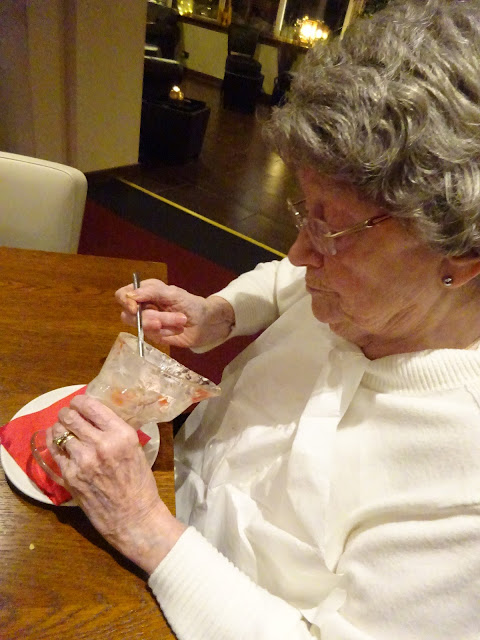 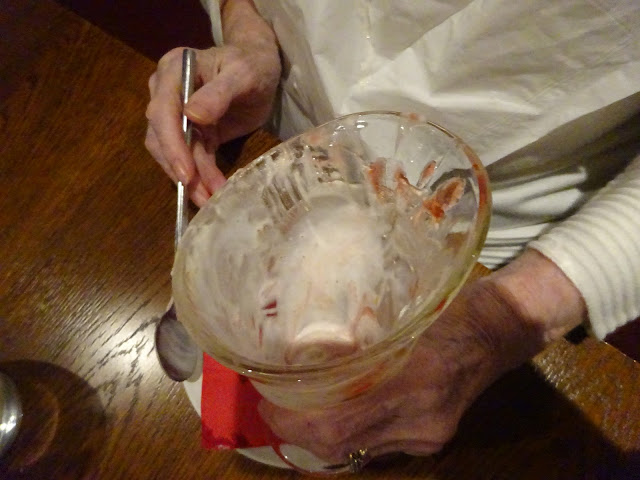 ...and the chat was surprisingly good too...

Her pictures seemed to garner more interest than my new LP... 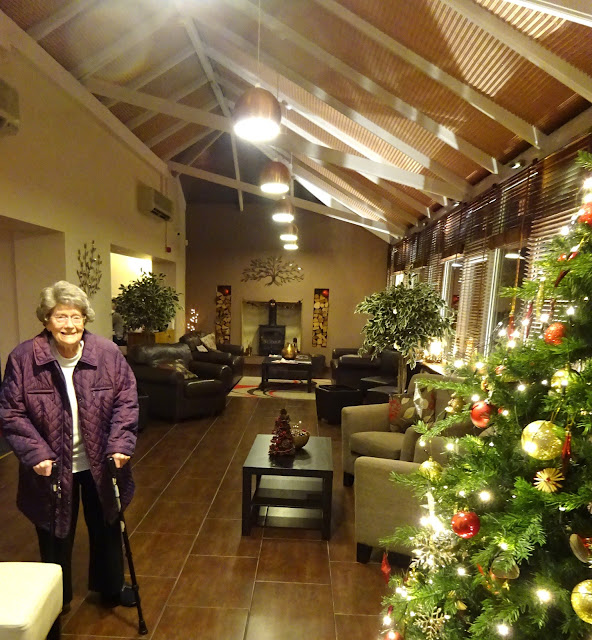 ...and home, where mum was looking forward to catching up with "Strictly"... 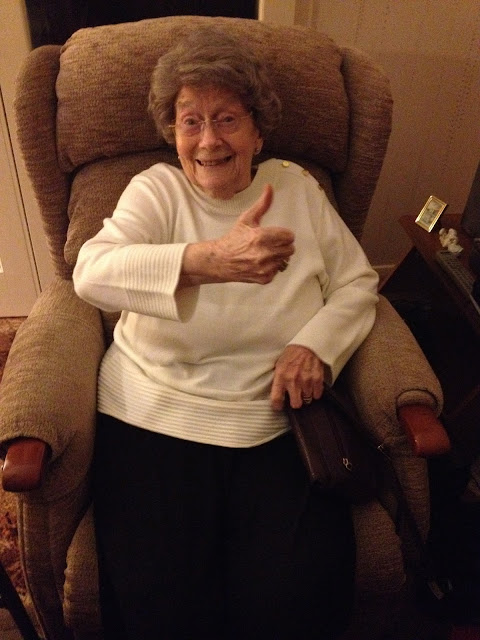 Some listening and surfing as I waited on the call from Anne...

Of course, Tiger popped in for a visit on my return home... 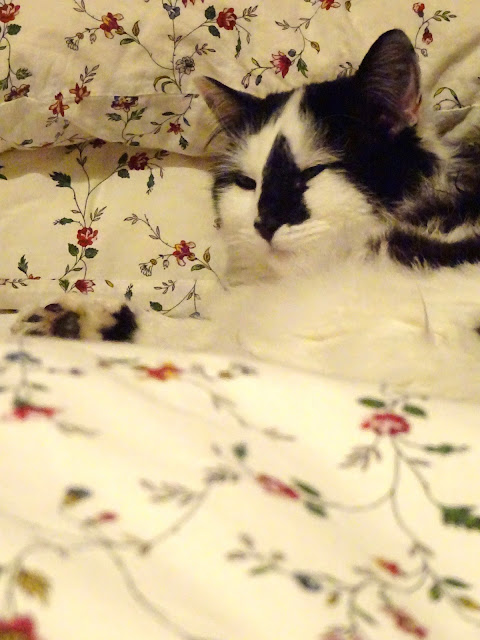 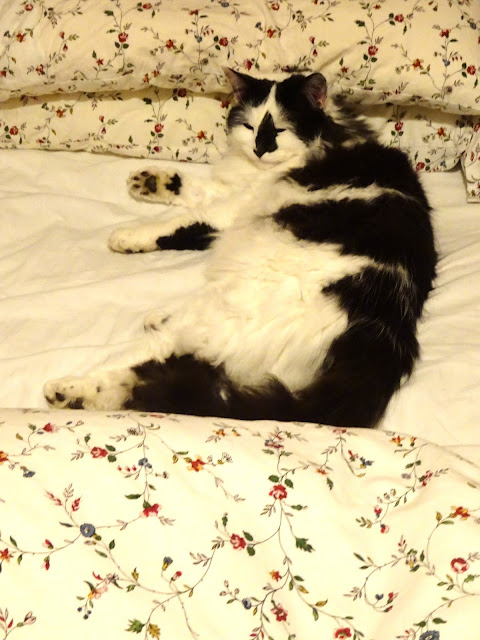 ...and was still here when Anne hit the sack, all partied out... 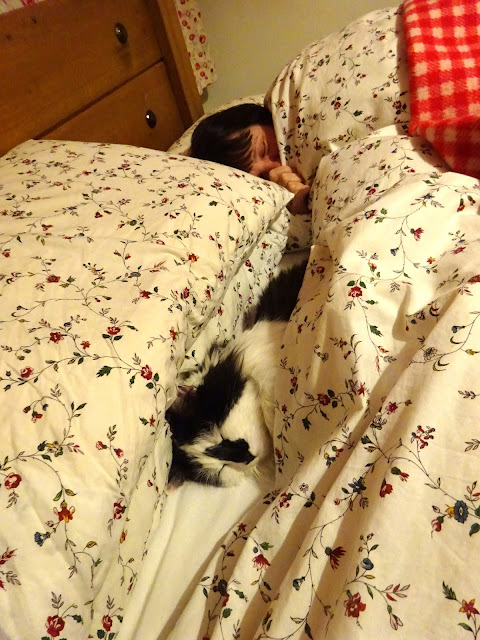 Eventually, he had to be ejected so that I too could get to bed...