Up super early to finish off the podcast and so, lashings of coffee were required... 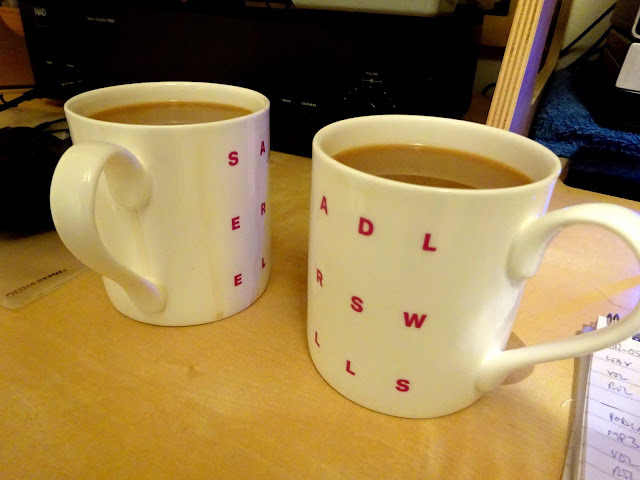 At lunchtime, the Secret Santa was acquired re a party tomorrow...

In the evening, mostly just relaxing and watching TV - when I really ought to have been working on the anthology to get it out while I'm still in my fortieth year of spectacularly unsuccessful music making...

Although, today, I did receive an e-mail form the department of the Popular Music Curator at the British Library Sound Archive (formerly the National Sound Archive)...

Apparently they've been checking out my music, both at Bandcamp and on the Crispycat Website and believe I am making "some really great & interesting music" (glad someone thinks that!), of which, they have, sad to say, nothing in the collection...

They want to change that and wonder if I'd be interested in donating any or, indeed, all of my releases to the Archive...

They are offering to provide world class facilities with which they can give me the safest possible home for my work, both for preservation and access, for many generations to come....

In fact, given I have no children and there is so little interest in what I do, I'd go as far as to say that it's ideal...

Highlight of the Day : The British Library Sound Archive wants my music...
at December 13, 2017

Nice one David. Dirty Men in a Red Car will live forever.

Even more time to put your babies in a "something" jar - jeez can't even remember my own lyrics now... Ah yes, pickle jar!