And the special ingredient is...

A goodly amount of walking today...

Walking down the hill...

Walking along to M&S for a salad at lunchtime... 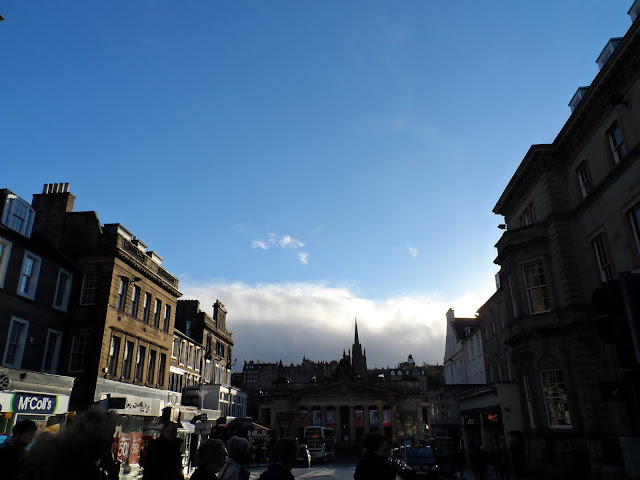 Home with the blurry moon out... 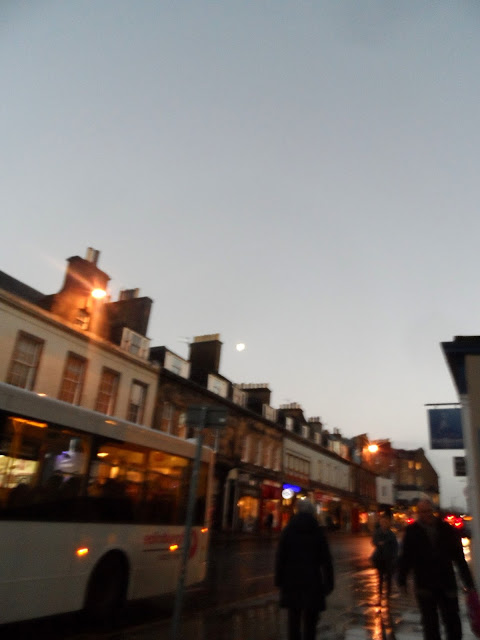 Walking up the hill...

Anne was out at the ballet (Cinderella) with Jane and Kitty... 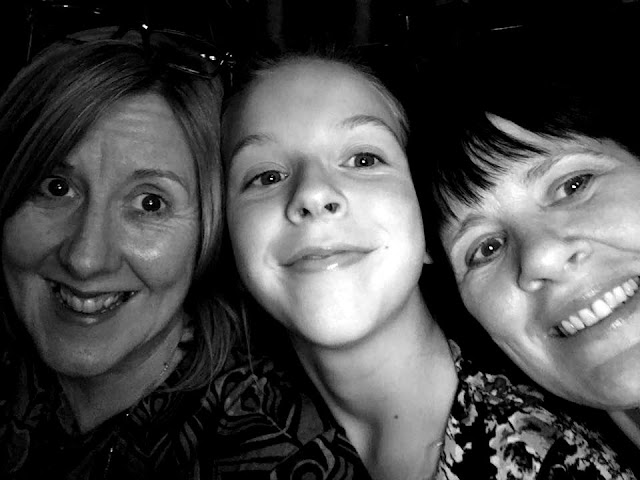 ...so Mr CBQ was once again in Masterchef mode...

I enjoyed tonight's concoction better than Friday's but took no pics...

An onion, chopped, and a red pepper also chopped - both cooked in a little groundnut oil - to which was added a beef stock pot - then, removed that from the pan and cooked some tasty tofu in the residue...

Added back the onion and pepper to the Tofu once the latter was cooked and then stirred in some tomato puree and a splash of red wine - meanwhile, I'd been cooking a handful of pasta separately...

Drained the pasta and stirred into the sauce - served with sprinkles of Parmesan and plenty of black pepper...

Enjoyed with two episodes of "Supernatural" before retiring upstairs to rip more "single artist" classical CDs to the hard drives, enjoying some of them as I worked...

Anne called for a lift up the hill around 10 and, once home, got heated up and watched "Corrie" from earlier while I worked on...

Other then me explaining on Twitter how it is that CDs provide better sound quality than vinyl - and can only ever do - that was it...