Another year over and what have we done...

Up at an implausible 4am, as I couldn't sleep due to ongoing cold symptoms...

So, took a pile of DVDs downstairs and watched the Dr Who series from the early 80s, "The Five Doctors", followed by Emerson Lake and Palmer's "Birth of a Band - The Isle of Wight Festival 1970"...

Then scanned through ELP's collection "Beyond the Beginning" and watched the last six or seven songs from Pet Shop Boys' live in Mexico DVD, "Cubism"...

By the time Anne appeared, I was onto "The New Order Story"...

This reminded me of just how good New Order were and what an influence they were on me and many others in the early 80s, following on from the demise of Joy Division...

Indeed, Neil Tennant of Pet Shop Boys appears in the DVD saying what a huge effect New Order had on PSB...

In hindsight this is simple to see...

The gritting lorry finally arrived around 2 weeks after the first snows... 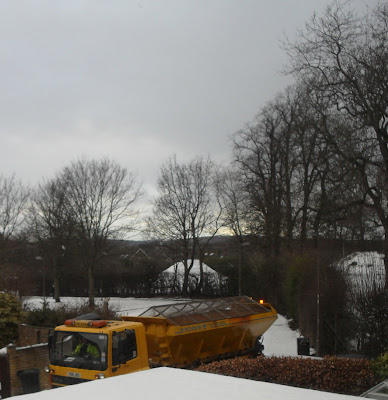 Spent some time in the afternoon rejigging one of the 30GB jukeboxes to hold (almost) every CD acquired in 2009 and, with this on Shuffleplay, I returned to bed to try and get some much needed sleep...

Up again around 7pm and prepping for the arrival of chums Lynn and Ross to see in the New Year at Crispycat Towers...

Lynn and Ross arrived around 8, bearing much fizzy wine, beer and games and we ate, drank, chatted and played through the night, finally giving into fatigue around 2:30 - not bad for a bunch of old codgers...

The humming game was particularly entertaining - believe me, it's very difficult, even though you have the song off to a tee inside your head, to hum it in such a way as your collagues can guess what it is...

Here's Lynn humming to me... 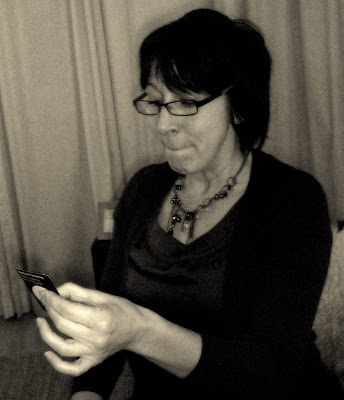 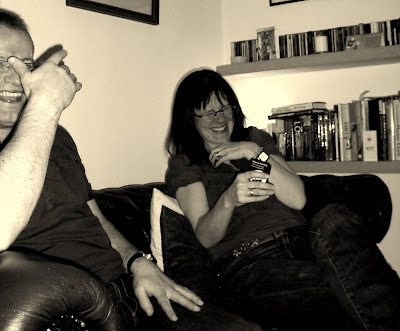 The dice game "Greed" made a welcome return after almost 10 years (judging by the last scorecard in the box anyway, which features old friends who divorced early in the decade)...

So that's it then, au revoir 2009 - I won't take time to recap the highs and lows of the year but I did manage to take at least one picture each day - so here's a collage for each month... 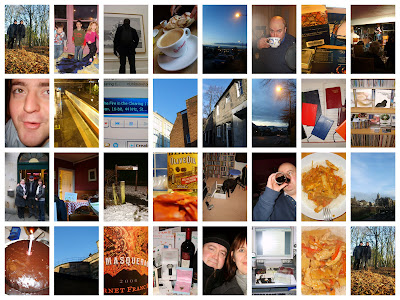 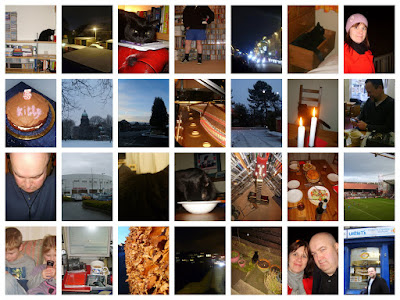 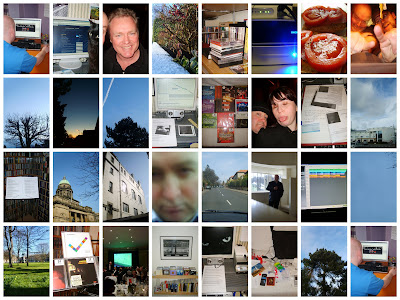 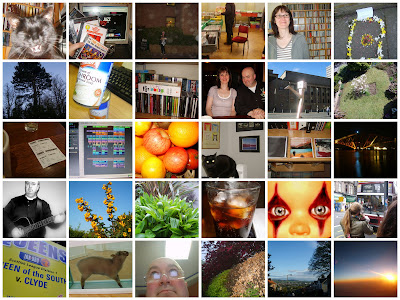 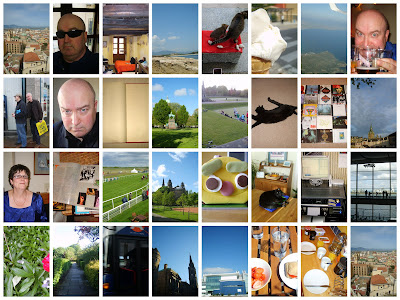 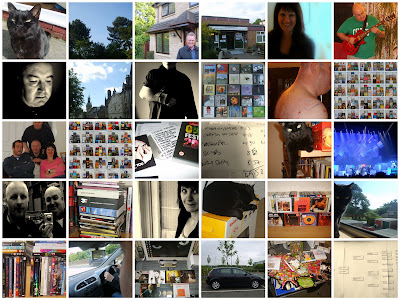 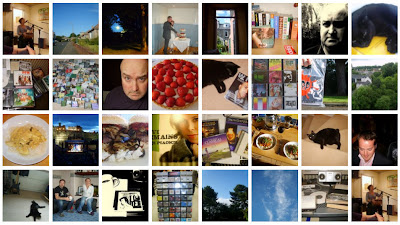 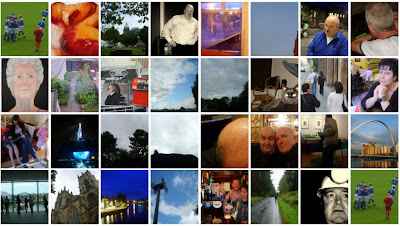 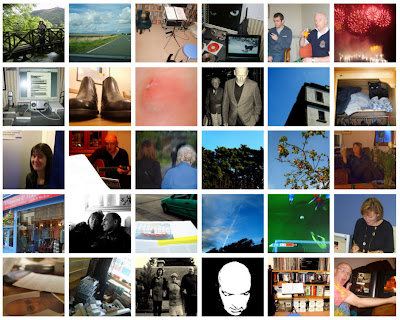 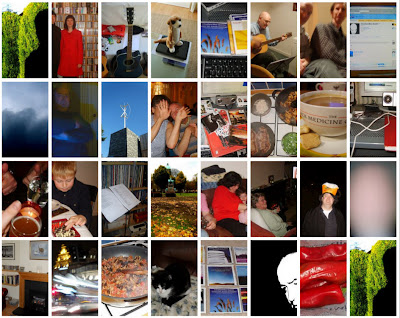 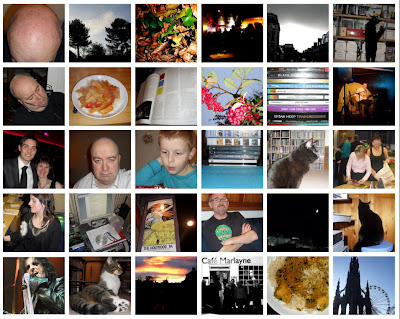 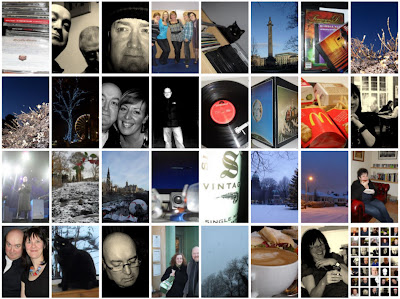 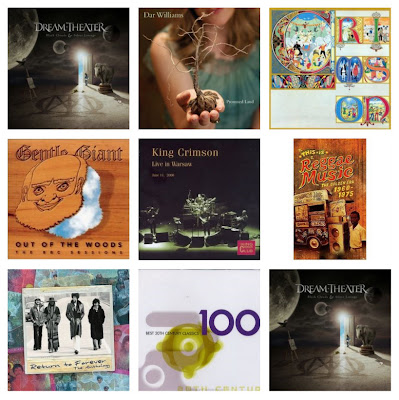 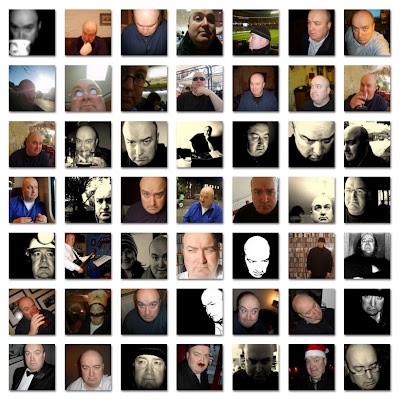 Highlight of the day : Anne's uncontrollable laughter at Ross's humming attempts...
at December 31, 2009

Cheers Impossible Peeps - for any casual passers by the last comment relates to the possiblity of increased airport security - just to clarify...