Hopkins with the Creekers...

The last day of the fifteenth year of daily blogging...

No celebrations or special events...

Just, as usual, bought some CDs, during a walk up to Tollcross... 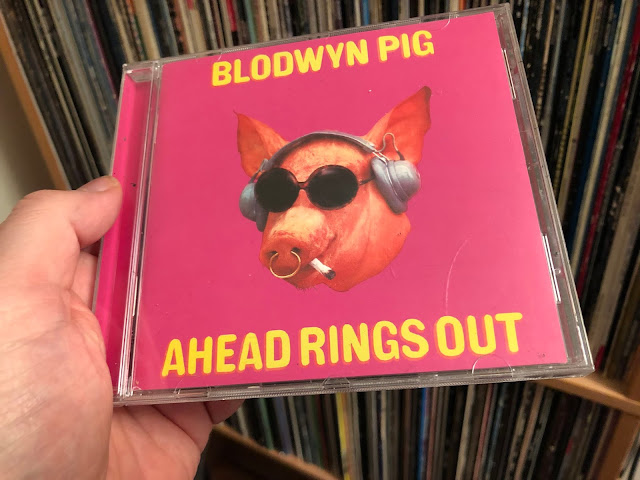 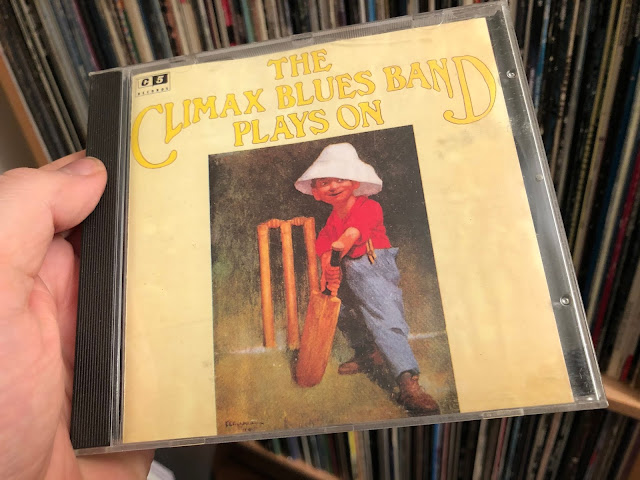 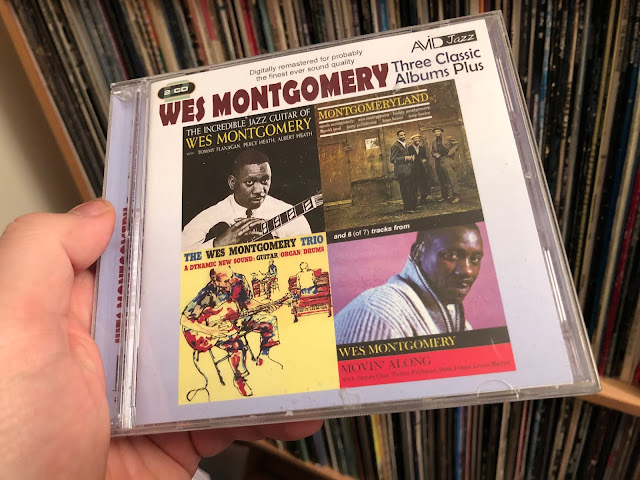 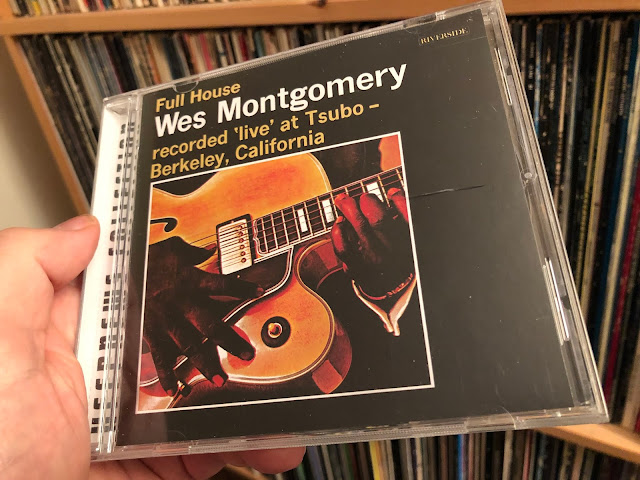 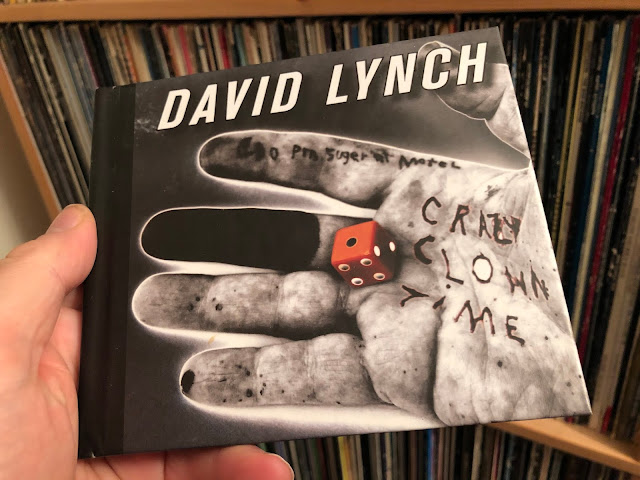 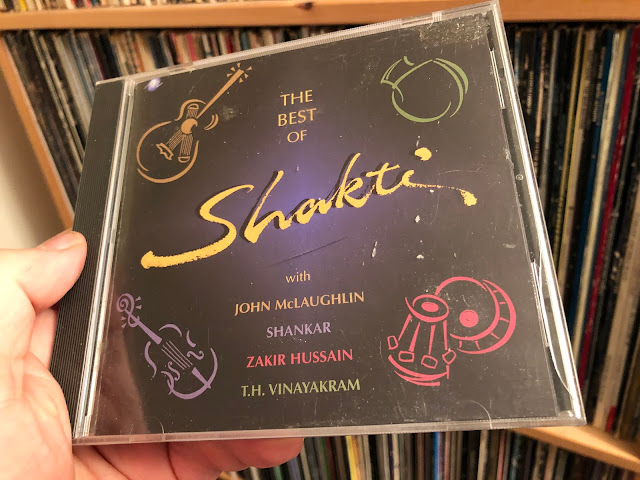 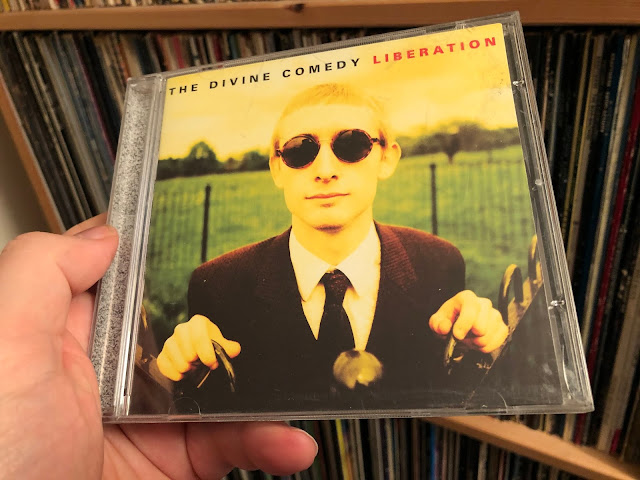 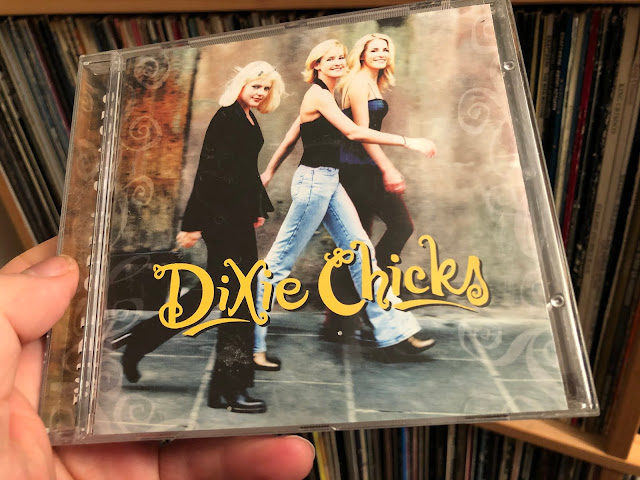 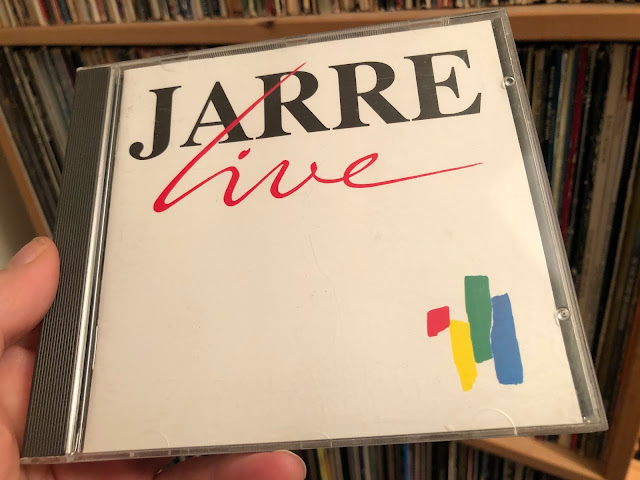 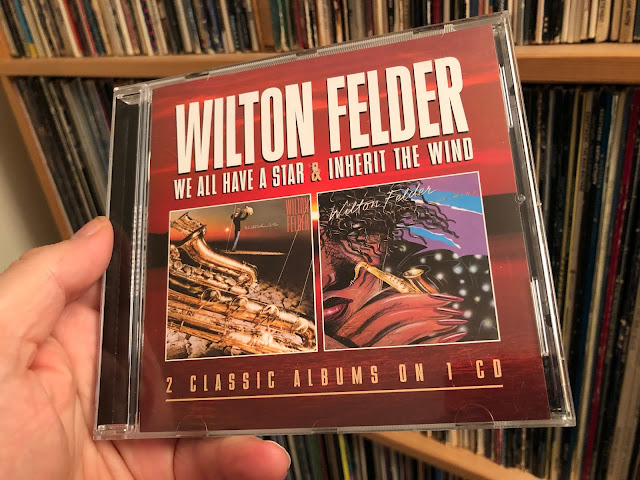 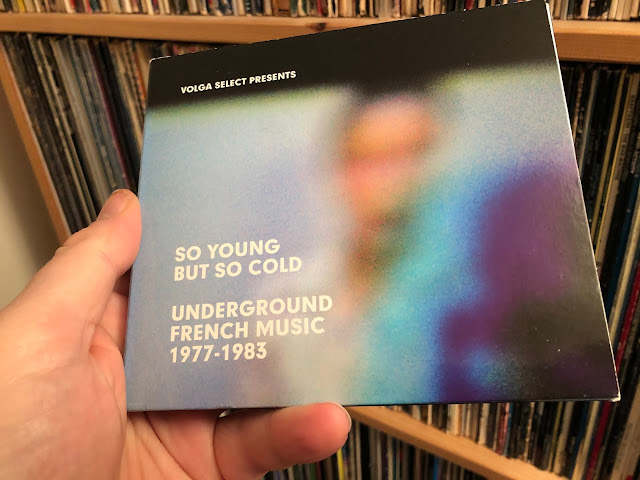 Didn't get a chance to listen to any of them as I was off out tonight to the Usher Hall with Creek chums Stu and Craig for Mr Jon Ho[kins and the first concert in his 2020 tour...

I don't recall the name of the support act but let's just say I could've done without the singing...

Brian Eno's "Thursday Afternoon" welcomed the audience to their seats... 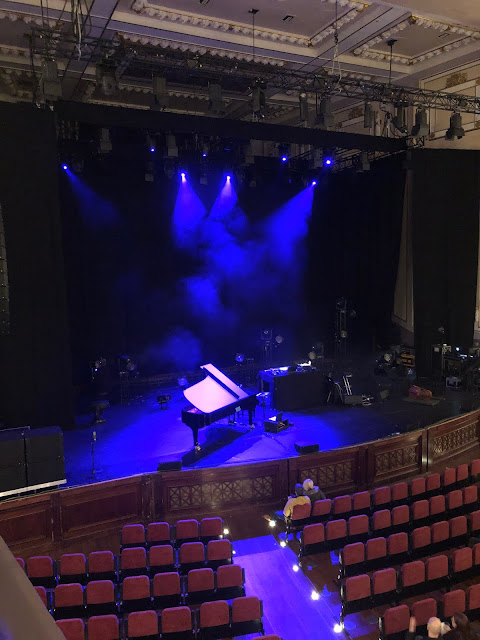 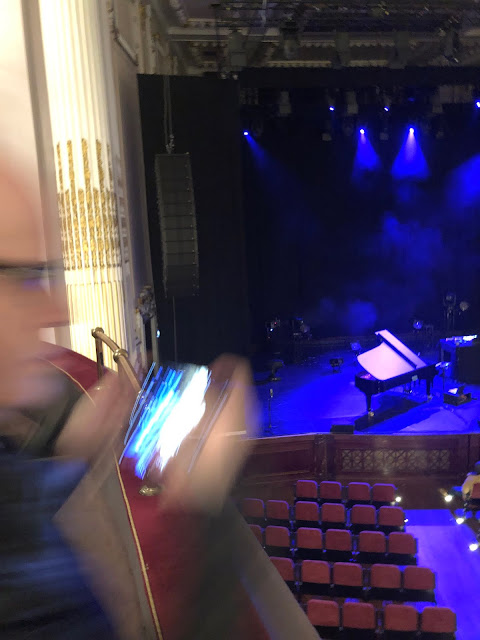 Mr Hopkins did his own set up - the quality of some of these pics emphasises how an iPhone might be good for taking pics on the go but hopeless for zooming in... 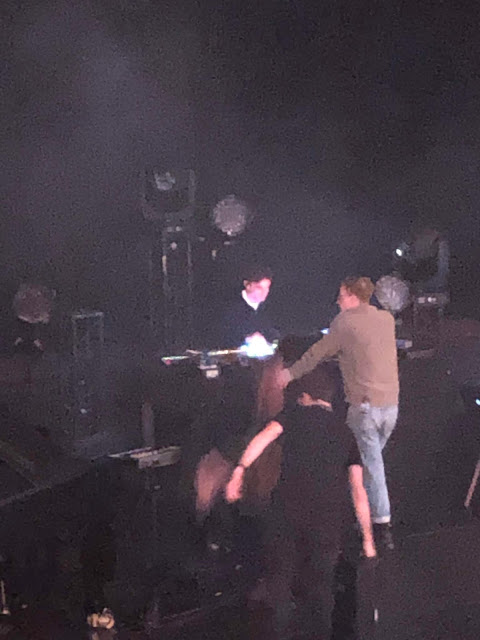 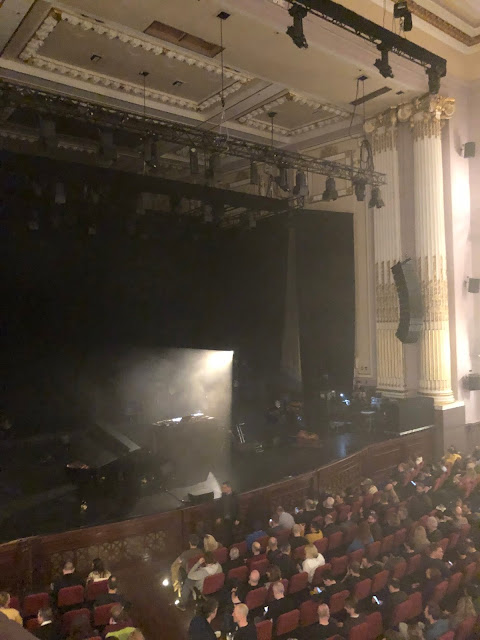 The light show as minimal but good... 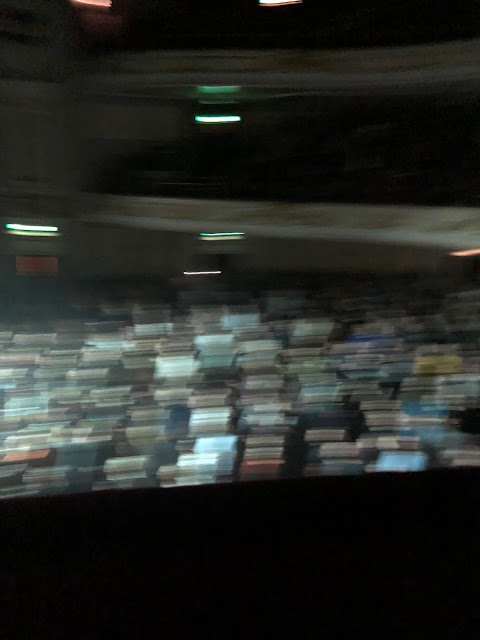 ..was the weirdest spectacle, although respectful to the music, despite the usual interminable coming and going to the bar all night...

Hopkins started with some quiet piano improvs accompanied by violin, cello and guitar and tyou could have heard a pin drop in the hall...

Then, he moved over to his "machines" and, soon, banging house music was ringing around with the entire audience on their feet as if at a rave in the 1980's... 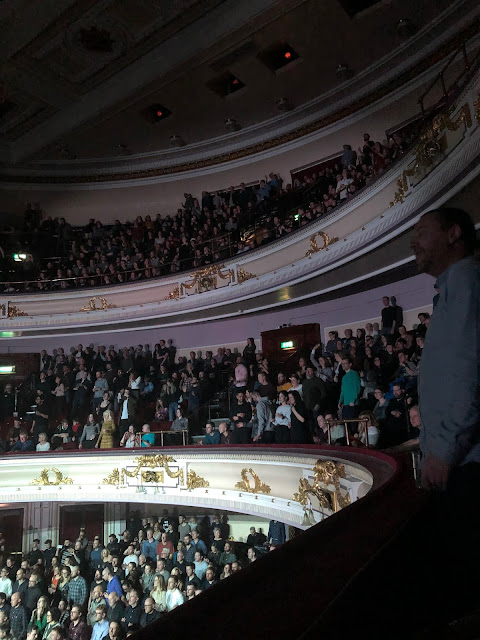 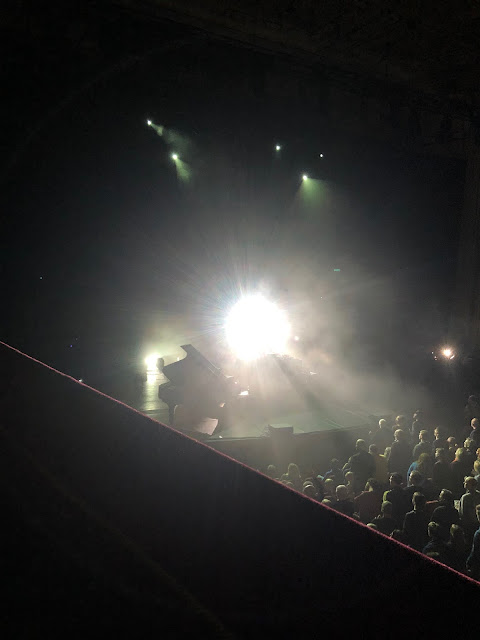 ...before sitting down again... 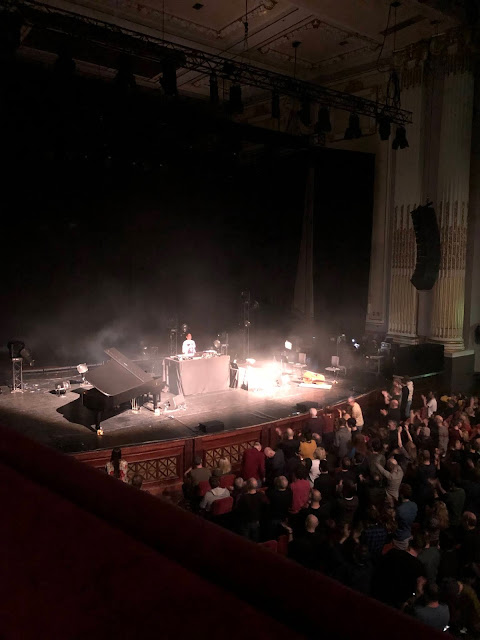 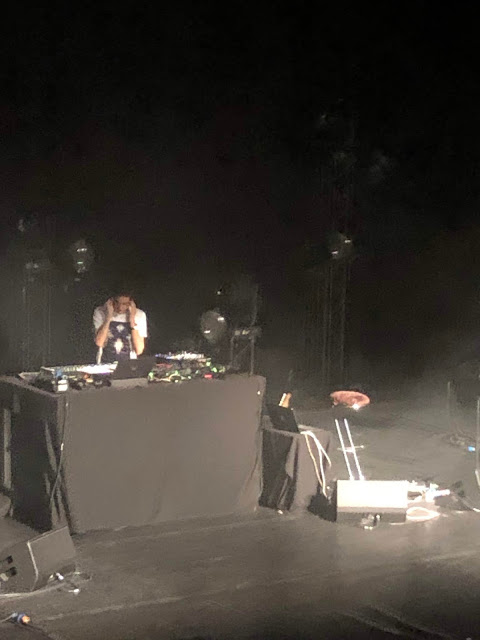 ..and listening in silence to more piano music... 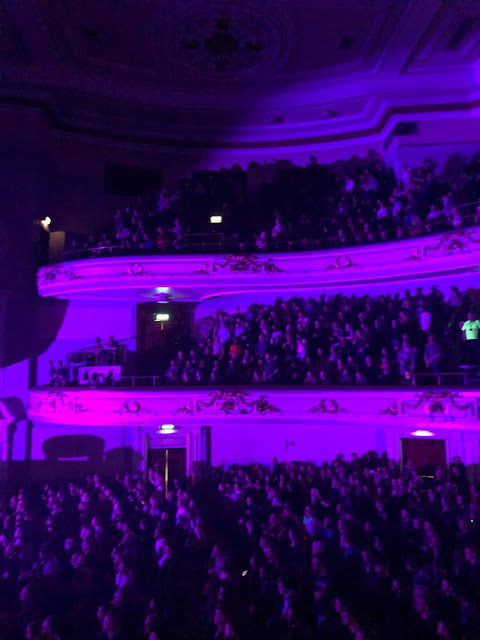 This happened a number of times and the behaviour was fascinating... 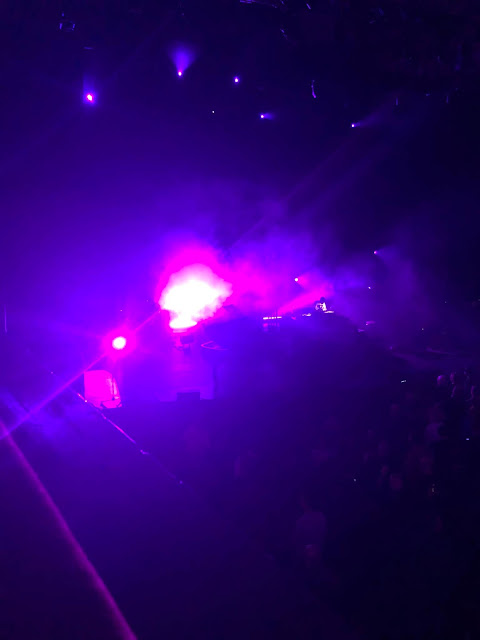 All too soon, the 90 minute set was over and the quartet took their bows... 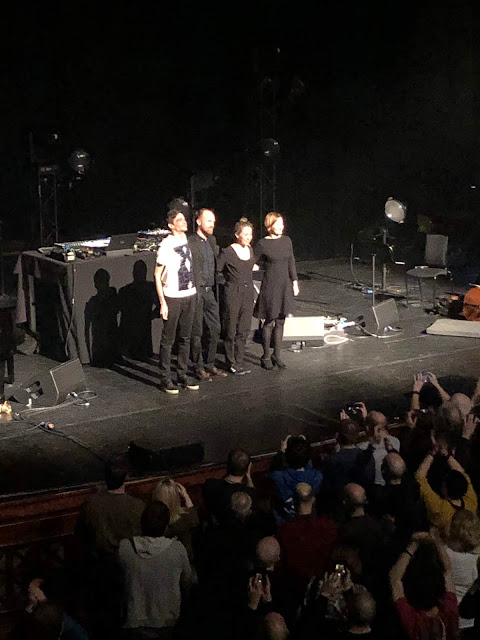 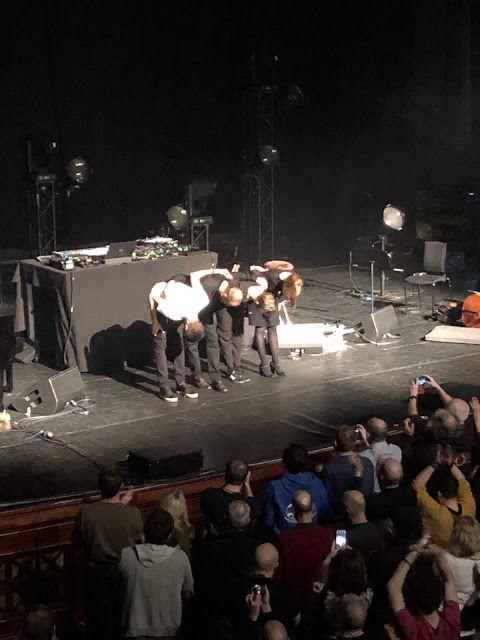 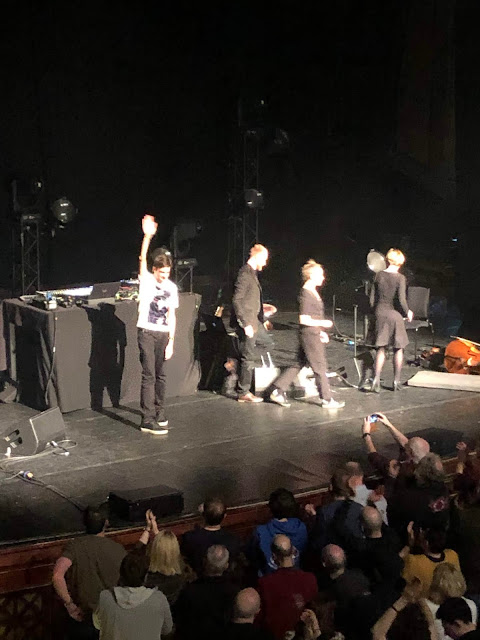 Some good chat with Craig tonight re the still proposed new CBQ LP and good to catch up with Stu too, outside the confines of Capital Models rehearsals...

A bus home in the dark, with said CBQ album (albeit the short versions) on the cans for the first time in a while...