Confirmation of what I knew...

Up early and a new project... 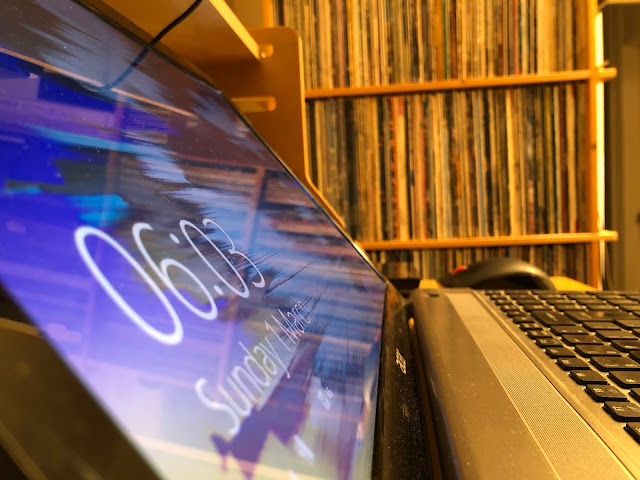 But, first, I noted yesterday I have not played a record since 11 February...

Anyway, the new project was to compile a playlist re an article from May 1978 which popped into my Twitter timeline re Bill Bruford's record choices at that time...

I managed these and a very entertaining exercise it was too... 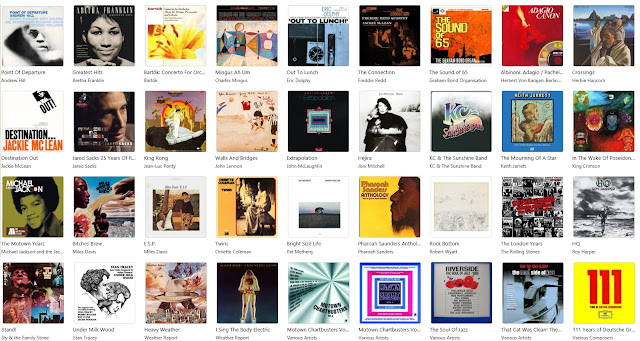 Luckily, I have my diaries and self-compiled charts, which allow me to recall what albums and singles I would have bought between my first record in August 1970 and, coincidentally, the Bruford participatory release, the debut LP by UK, which I bought around the day the above article was published... 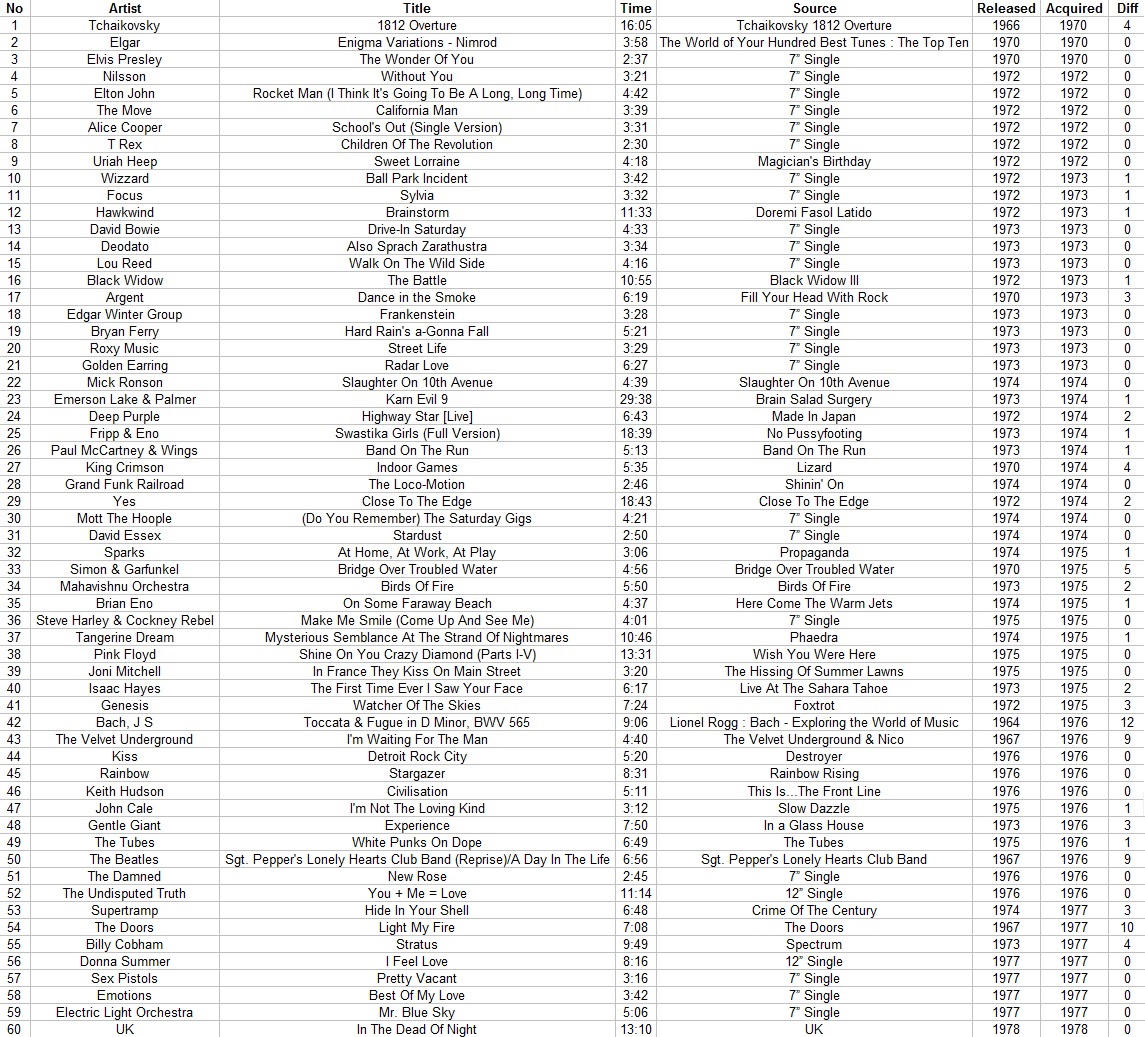 Confirmation it's broken and will take at least another four weeks to heal... 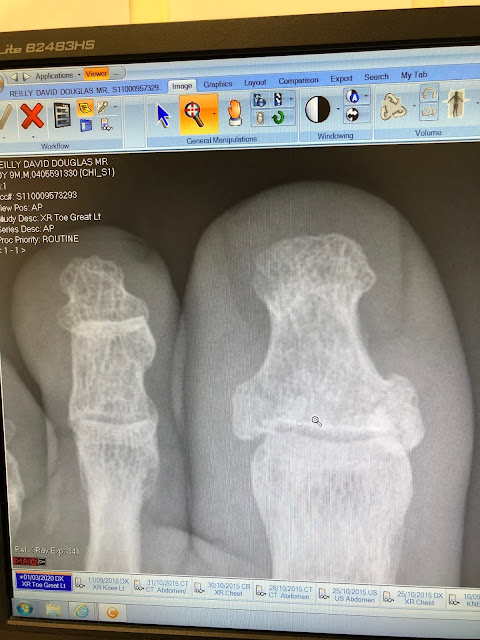 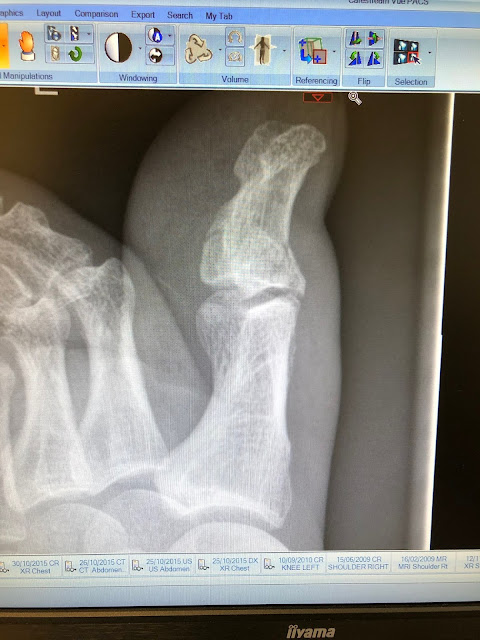 A commiseratory breakfast in Stockbridge ensued... 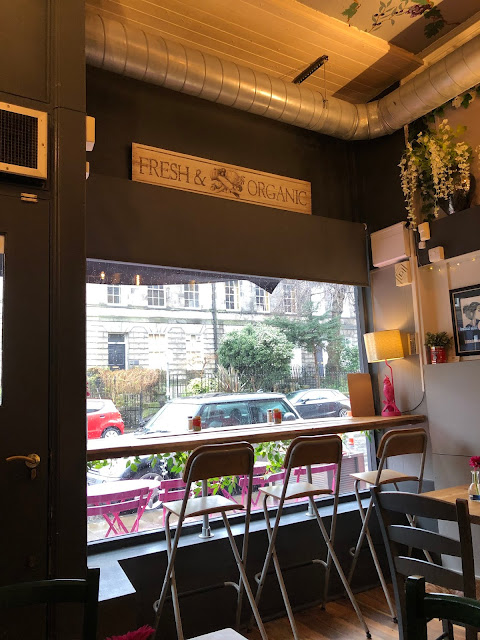 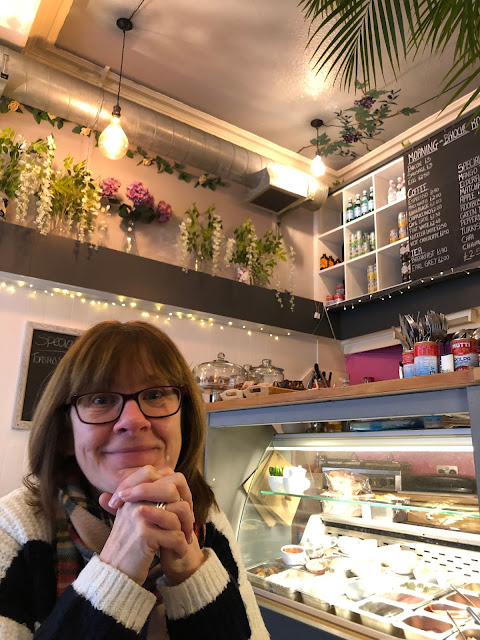 Back home, Anne has started a new painting... 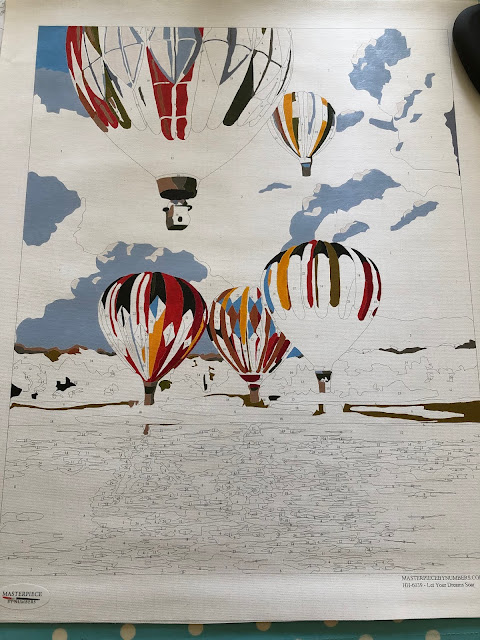 ...and Luna continues to enjoy her stay... 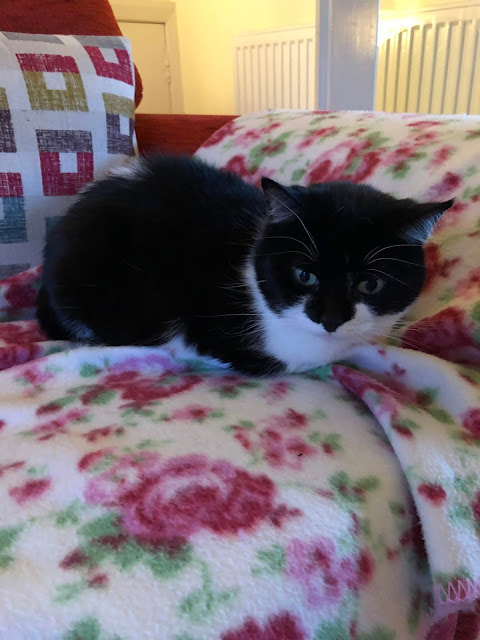 In the afternoon, out to visit my mum, including doing her shopping - she's doing fine but it was declared "too windy" this morning for her to go to church...

Her pass into heaven is in doubt...

Although God is supposed to be everywhere so she could just have said a couple of prayers in her house...

Home for tea and then an evening watching some TV... 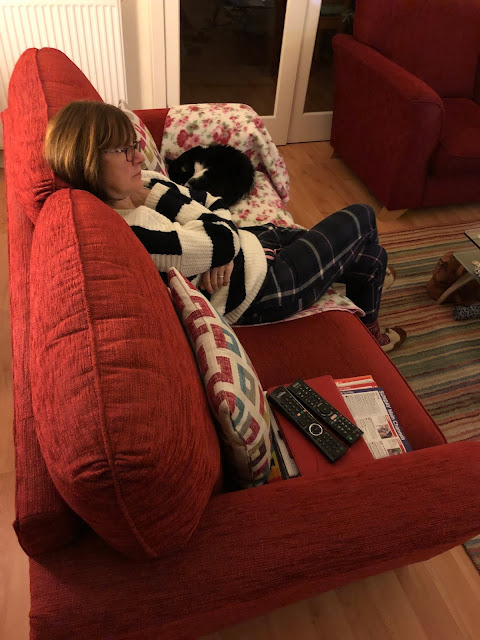 ...including the finale of "Dr Who" which was very good indeed - this series was a vast improvement on the last... 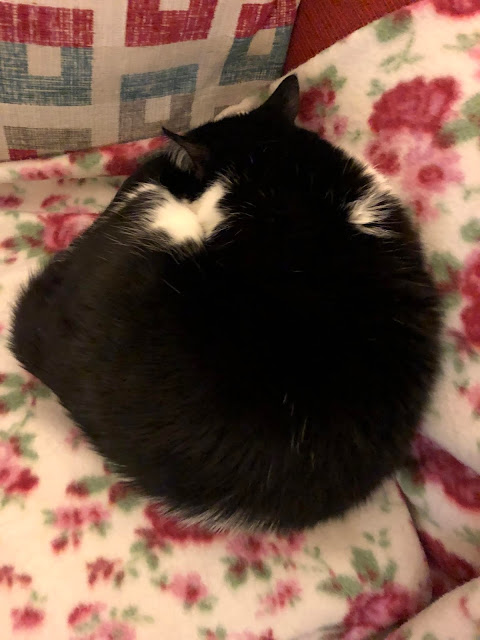 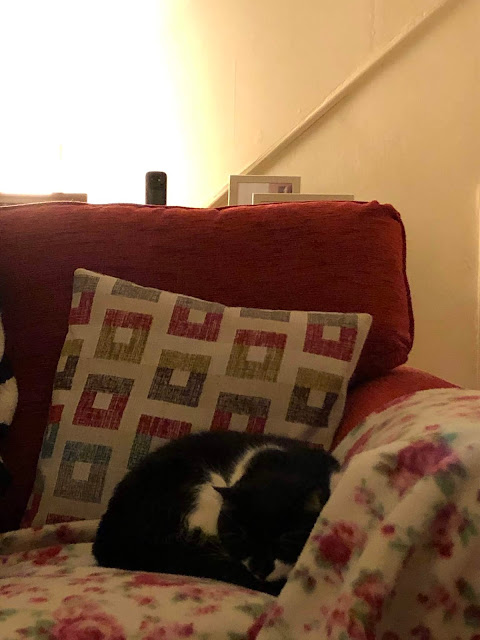 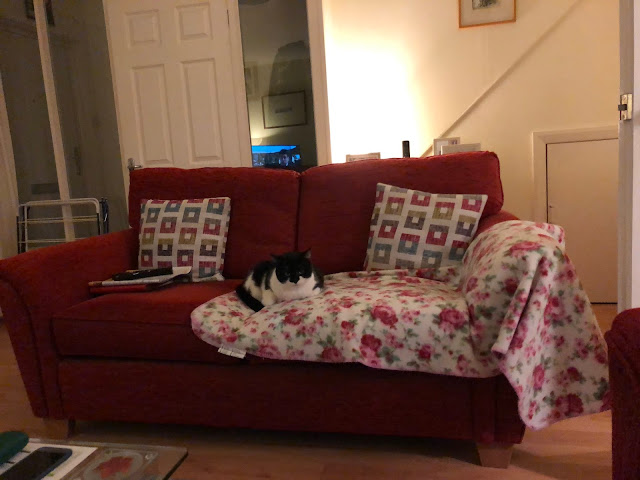 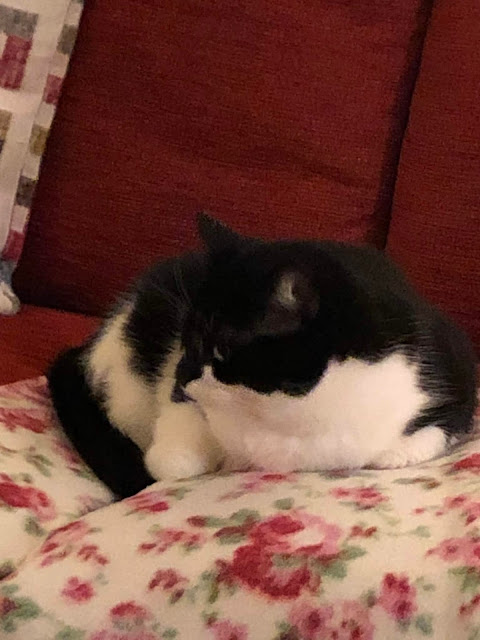 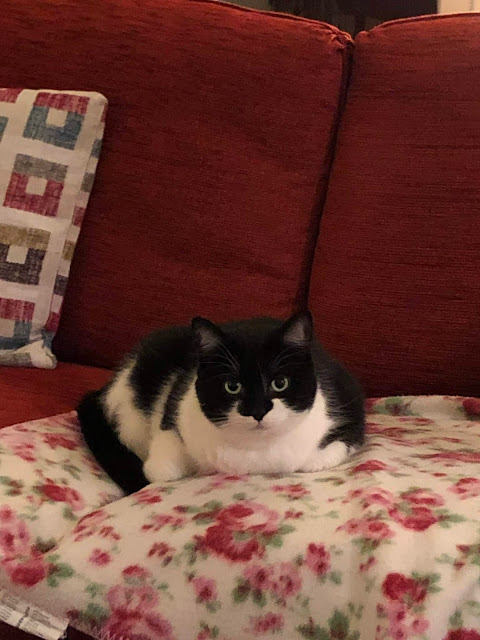 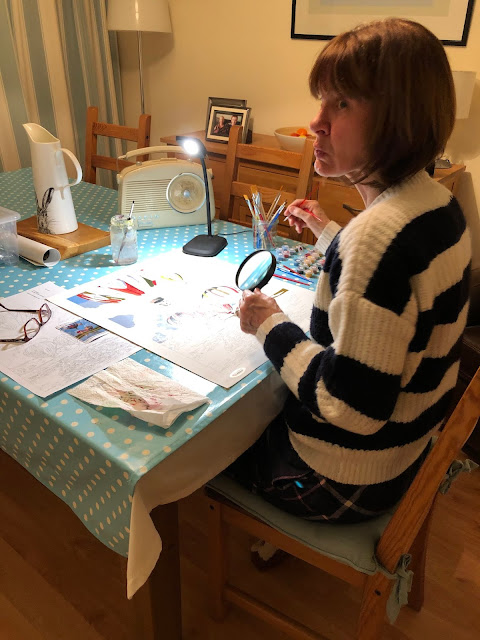 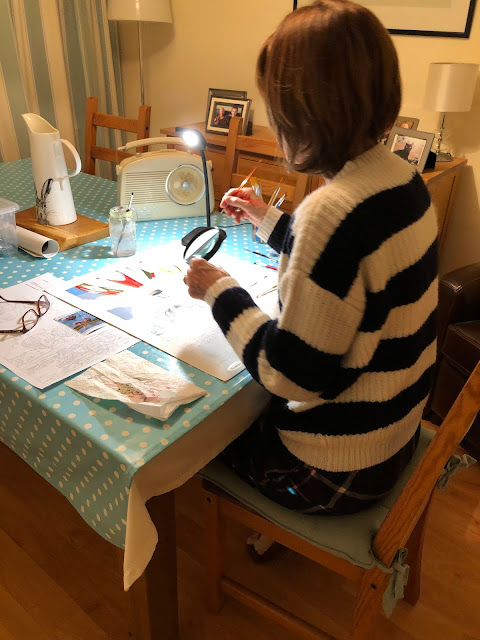 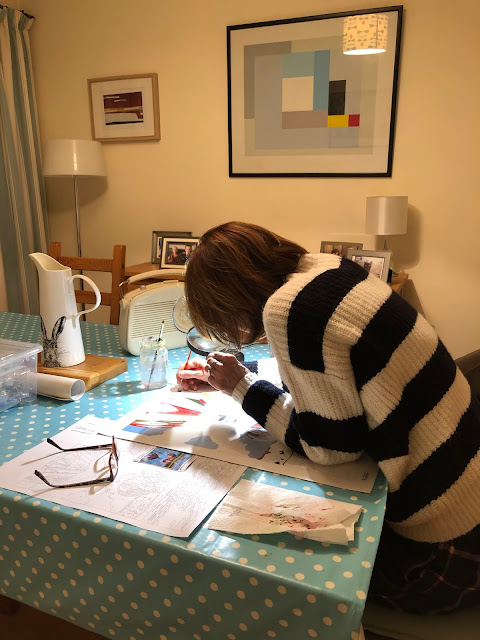 Then, Luna did some more sleeping... 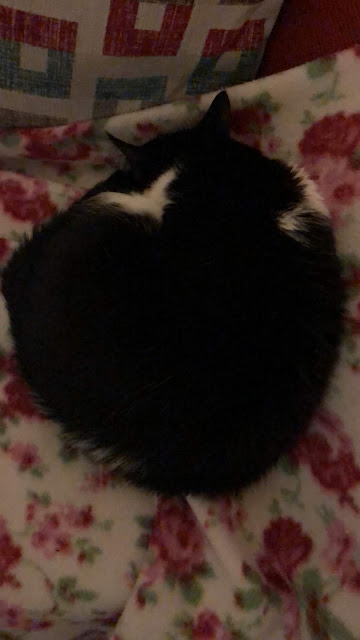 End of the weekend...