A large playlist today but, to be honest, the majority of the titles, certainly post the first nine listed, received plays for just one or two tracks...

Early doors though, as I made yet another futile attempt to tidy stuff up, Weather Report was very much enjoyed...

And the whole of these three albums were aired - they popped through the letter box today... 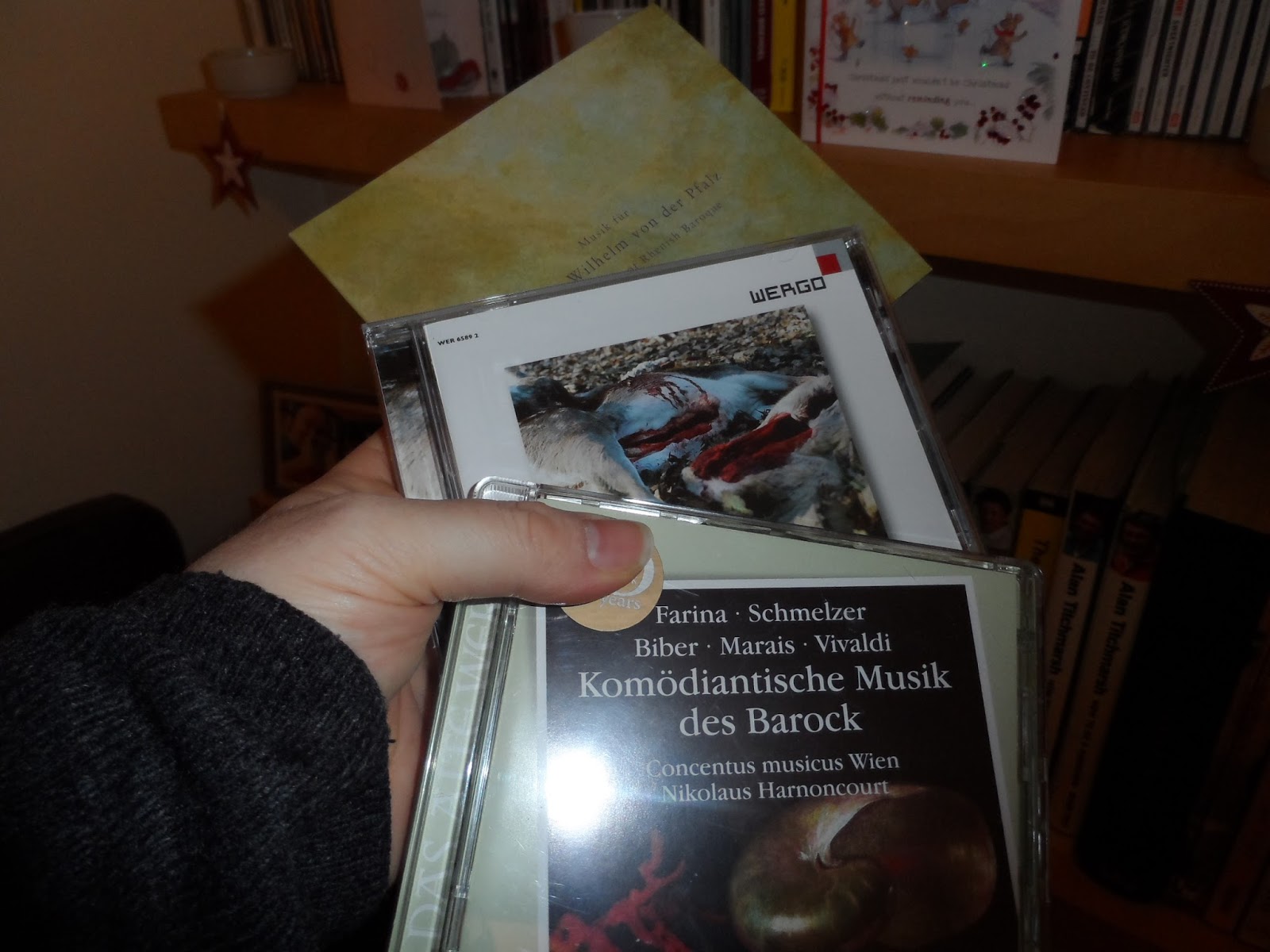 Elsewhere, despite trying very hard indeed to think of one, I do not think I've seen a  worse film than the one we watched today - "The Darjeeling Limited"...

In the evening, Anne was off to Zumba while I continued with some kind of random listening...

Meanwhile, here are some stats re my weekly playlists, my having uploaded 50 of these now so far this year...

I have featured over 1,350 tracks by around 750 different artists or composers, of whom around 500 have been featured only once...

100 have been featured 3 or more times with fewer than 40 breaching a total of 5 appearances...

Rather inevitably, since this is my blog and these are my playlist selections, Cloudland Blue Quartet tops the list of appearances by a country mile, with a whopping 61...

Second equal are my all time faves Alice Cooper and King Crimson with 21 each, followed closely by David Bowie on 19...

Next, J S Bach with 12 appearances, who just pipped prog rockers Yes who are on 11 and fave jazzers, The Bad Plus, on 9...

It seems my bias has filtered through as the next four, all on 8 plays are Gentle Giant, Brian Eno and the rather less fashionable Tangerine Dream and Uriah Heep...

On 7 we have the unlikely pairing of Elvis Presley and Schubert along with two of my bands Capital Models and Creek - nothing like blowing your own trumpet... 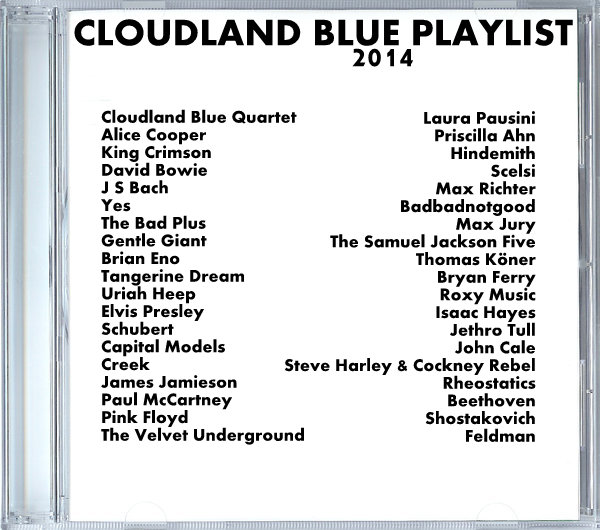 Oh, also tried to recreate this various artists LP on the Ronco label, which I used to own in the early 70s... 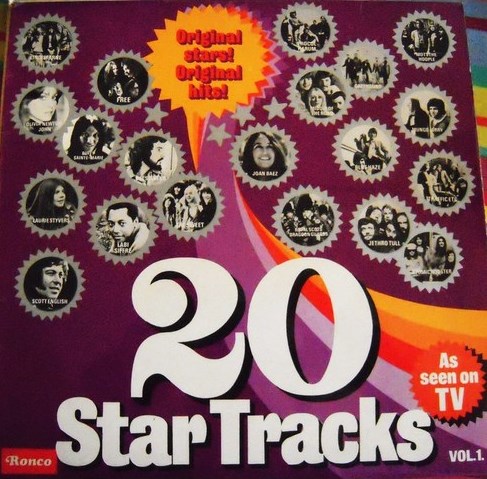 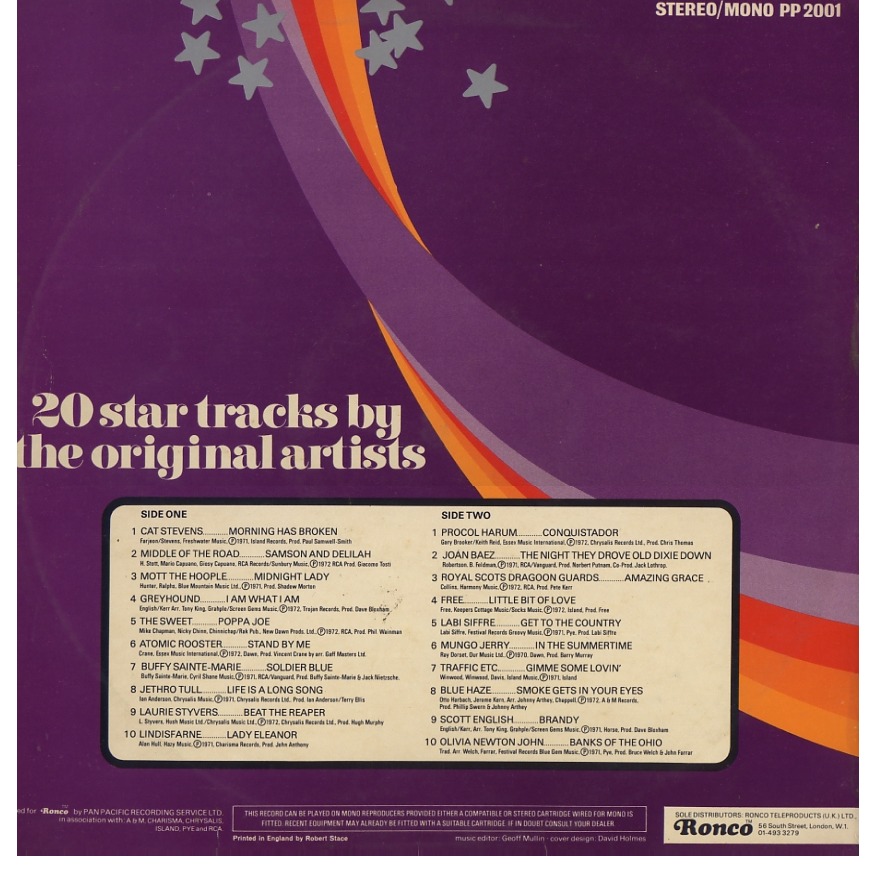 ...managing to locate all the tracks other than Labi Siffre's "Get to the Country"...

This is how I waste my time...