Couch sitting or, rather, lying... 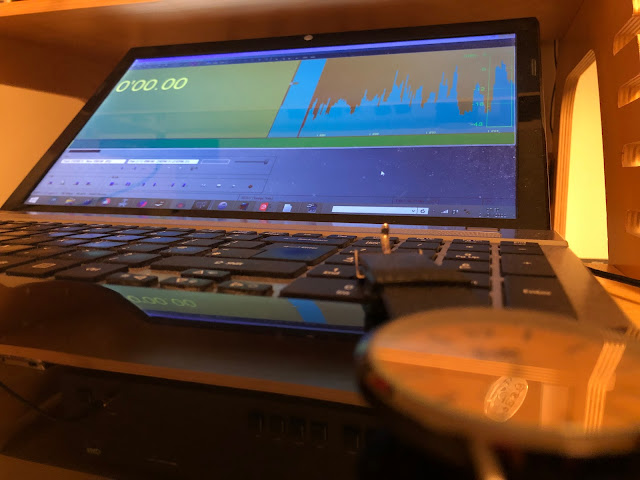 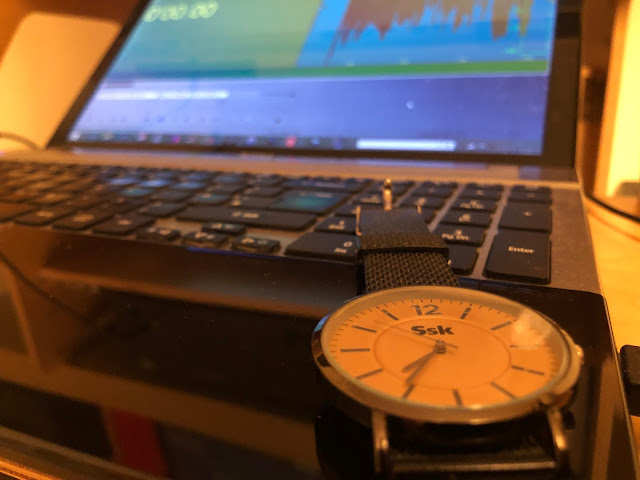 As we opened the curtains later, Fang was waiting... 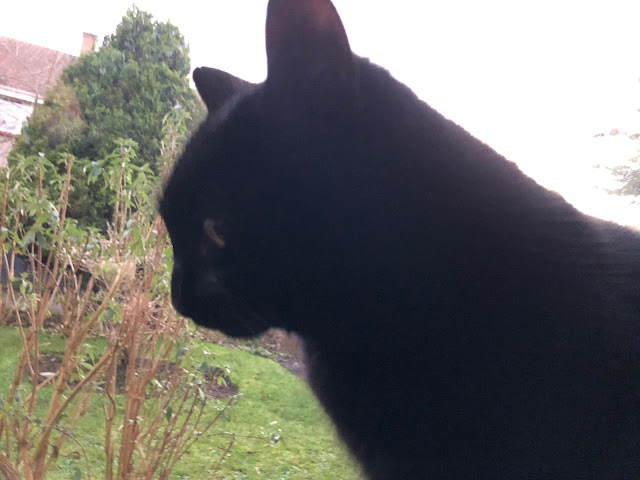 As he sometimes does, he decided to stay for a wee whole... 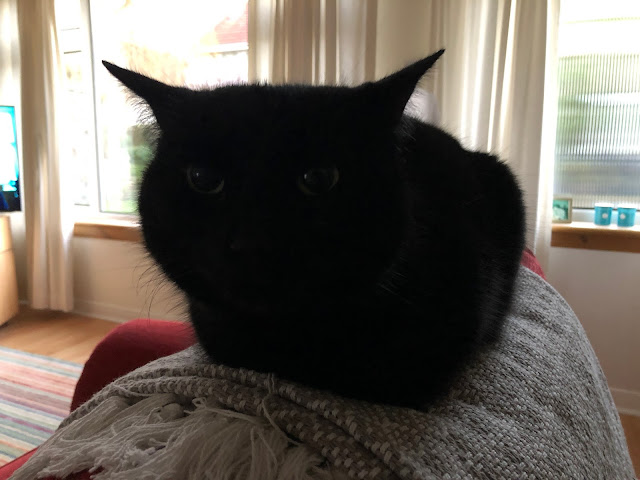 I also discovered who has taken care of the past their best apples I chucked out the window the other day... 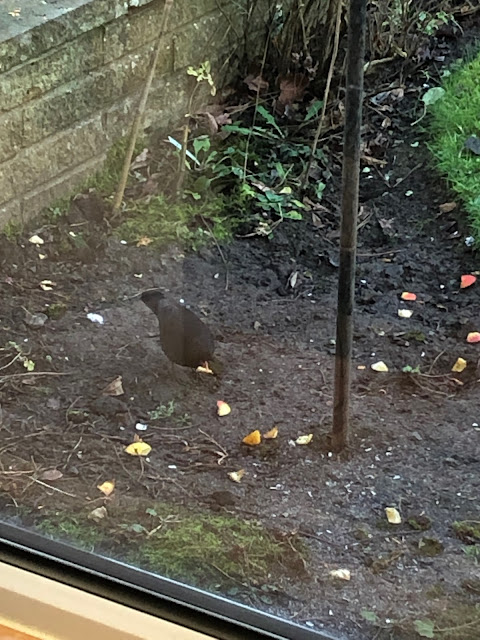 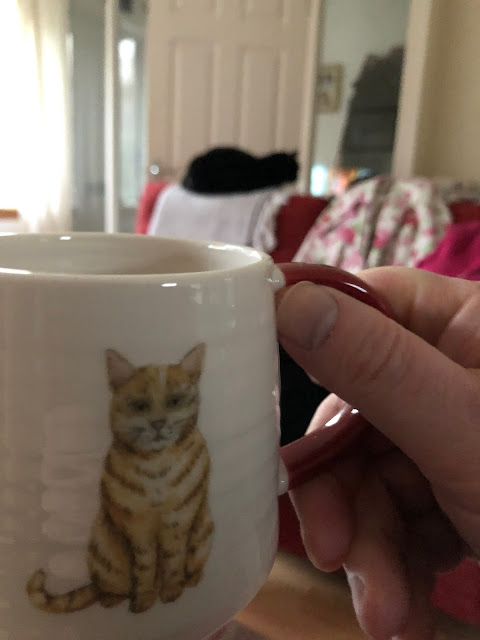 Anne was out Zumba-ing with Lynn, so I popped downstairs every so often from WFH to check on the wee man...
He hardly moved at all, between 9:15... 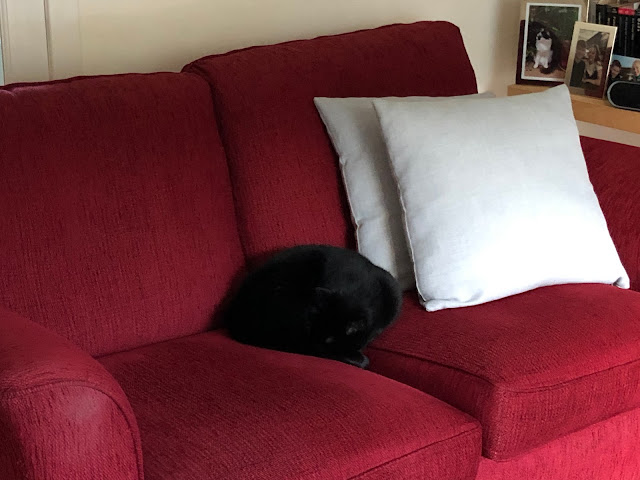 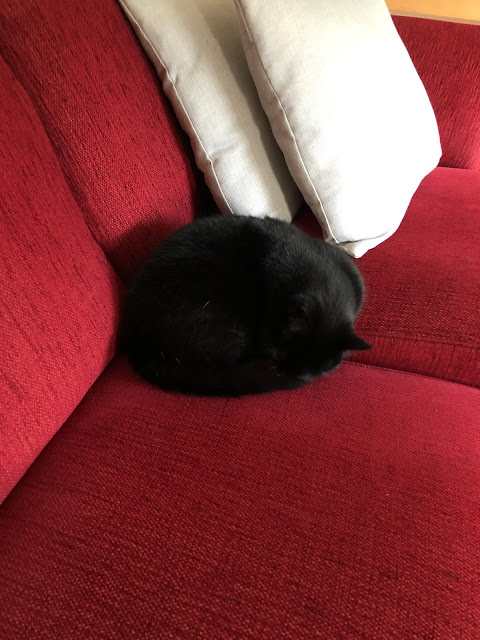 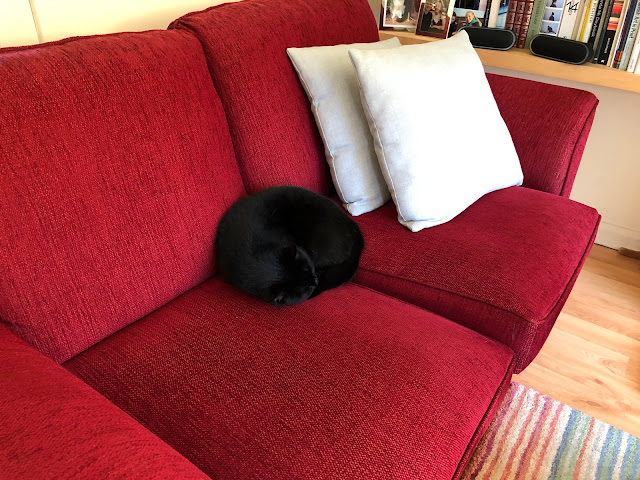 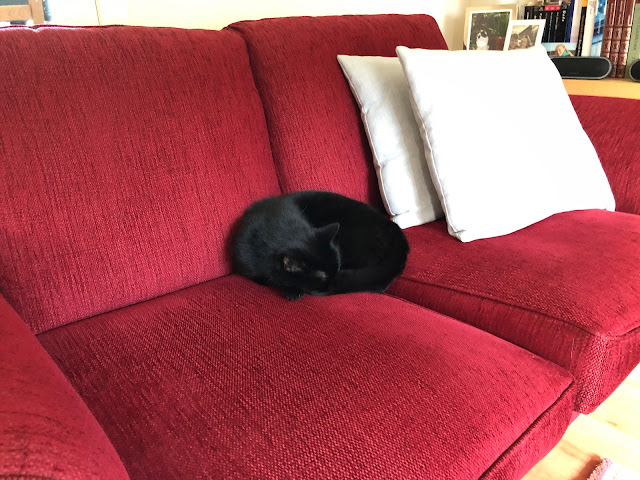 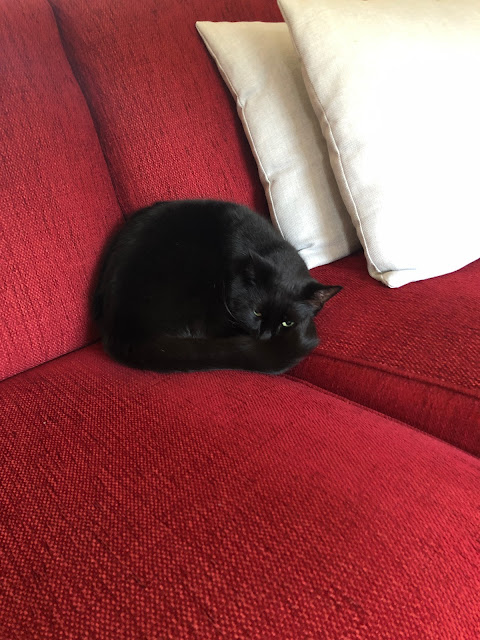 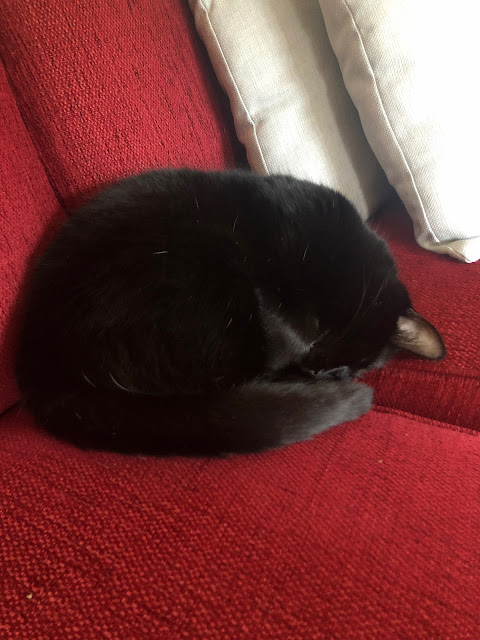 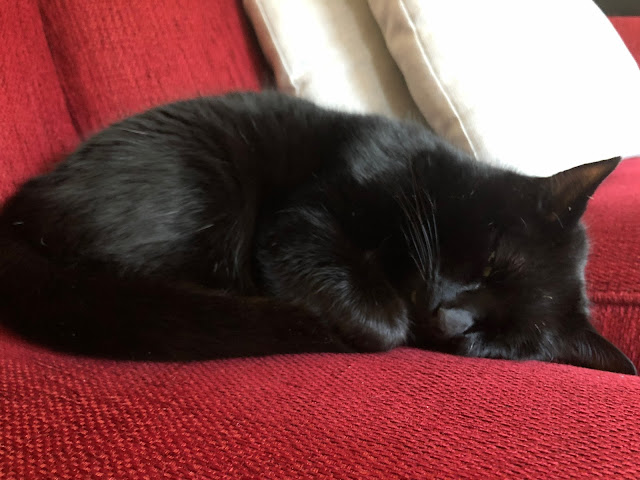 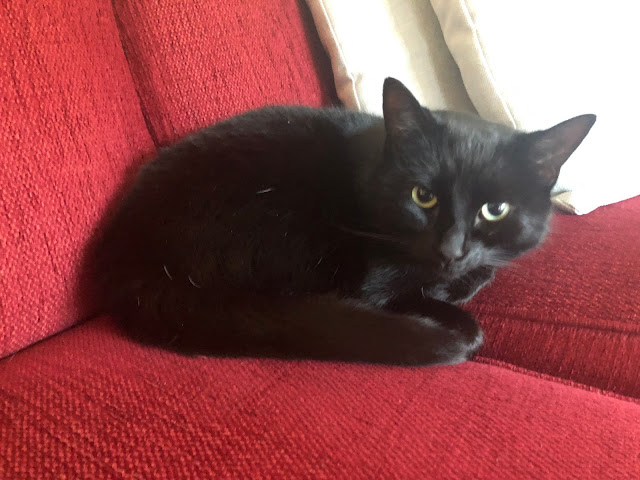 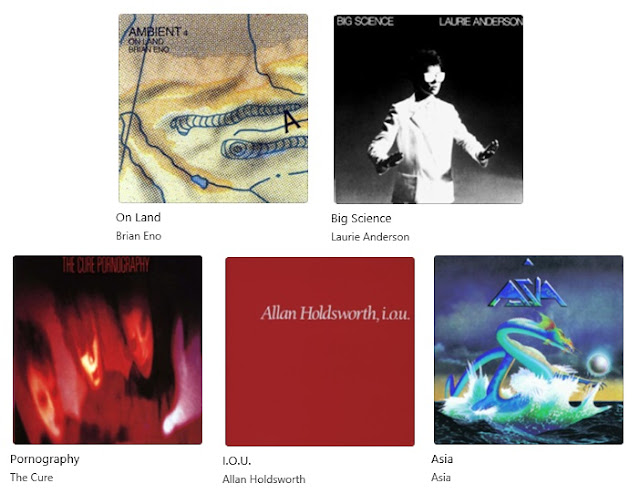 ...and this very evil sounding music indeed, which will be out at some point in the future, was also enjoyed... 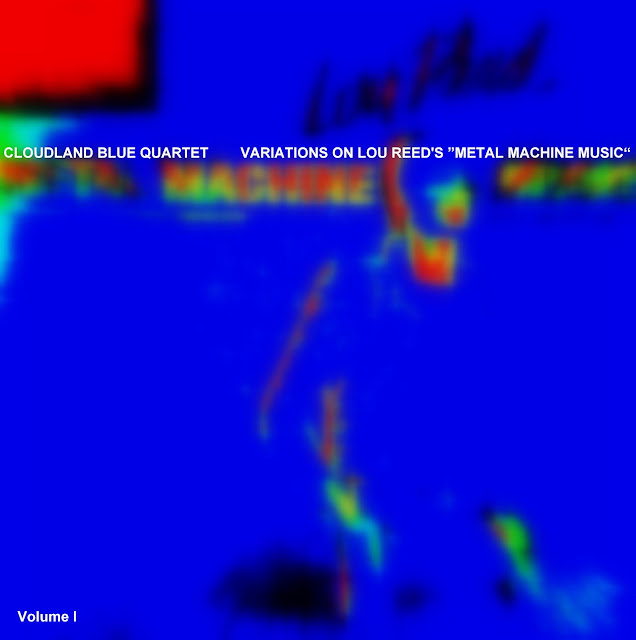 This evening, having not had a chance to go out on Wednesday, we walked down to the Cool Jade, for an excellent Chinese meal... 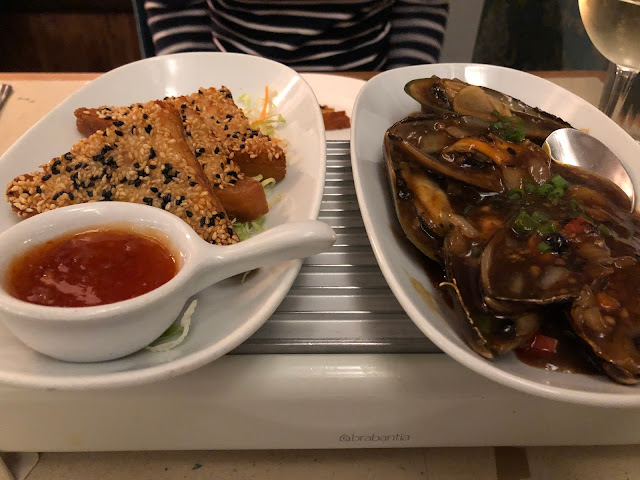 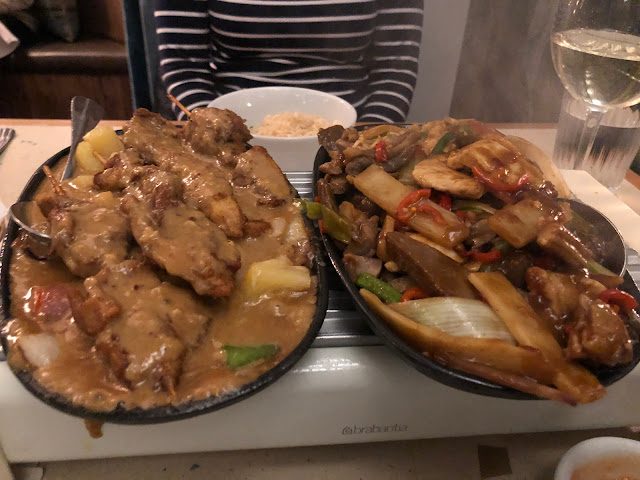 Yowsah!
And then, a bus back up the hill and "Death in Paradise" and "Graham Norton" enjoyed, pre calling it an enjoyable day...
Highlight of the Day : Celebratory dinner...
at January 21, 2022