A new regime but nothing too onerous... 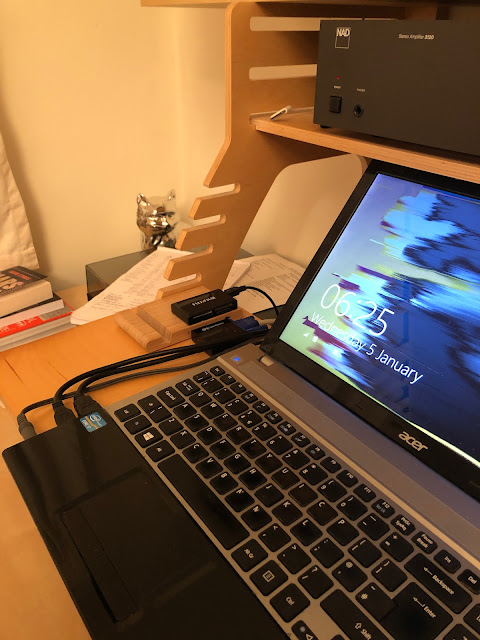 Twitterchum, Dancing Monk, on playing Eno's "On Land", pointed me to this wee film on Youtube, in which a man who knows what he's talking about, explains the system Eno sets out on the back of his LP - which is actually know as the Hafler Circuit... 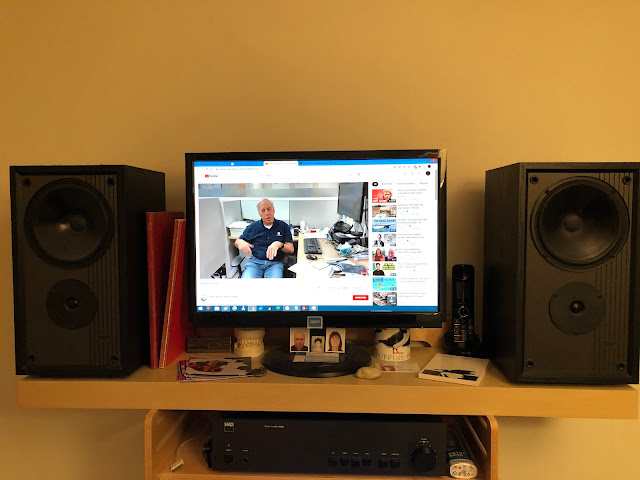 I use it for both of my systems re listening sans headphones... 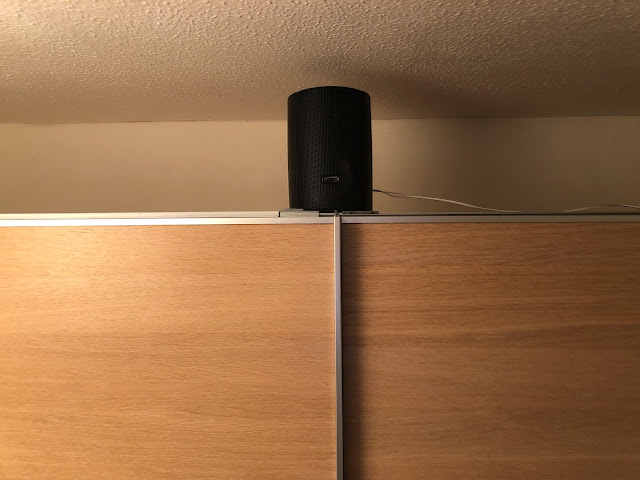 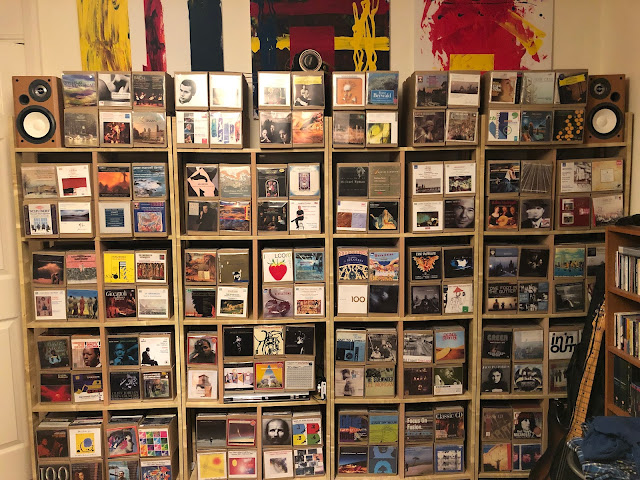 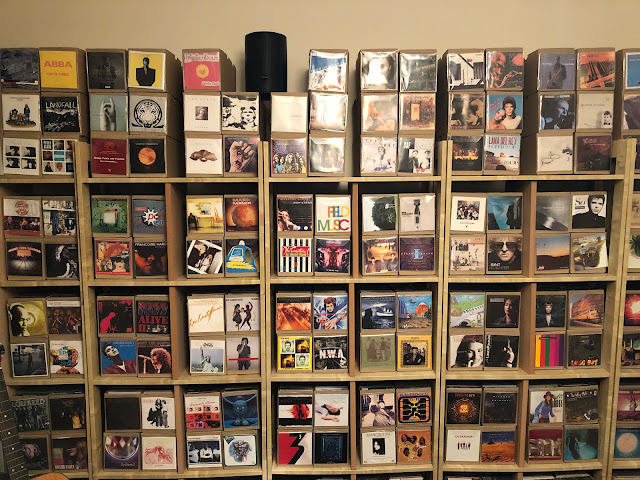 No further pics - too busy...
Start of a new regime tonight re the podcasts, as I returned to recording on a Wednesday night (thus freeing up my Fridays once again after a few years)...
And, rather than including - or trying to include - every new item I acquire, I am including a formula of tracks, covering all of these:-
Cloudland Blue Eclectic Selection 2022
32 Tracks
CBQ Track
1972 Single
Thursday's Album of the Day
Rock
1972 LP
Funk & Soul
Friday's Album of the Day
1982 Single
Reggae
Ambient
1982 LP
Saturday's Album of the Day
Contemporary Jazz
1992 Single
Classical
Sunday's Album of the Day
1992 LP
Prog Rock
Dub
2002 Single
Monday's Album of the Day
Pop
2002 LP
Leftfield
Tuesday's Album of the Day
2012 Single
Classic Jazz
Contemporary Classical
2012 LP
Wednesday's Album of the Day
2022 Single
2022 LP
I only decided yesterday to insert all the "looking back on this week" tracks, which, of course takes the length back up to, in the region of, three hours a week...
But doing it remains enjoyable...
So, onwards..
The last section of listening today was singles from 1972, likely to grace future podcasts...
For CBQ, I have 52 albums up on Bandcamp so it'll be a track a week...
So, pre-determined can be the CBQ track, the LPs and singles of the week from now, 2012, 2002, 1992, 1982 and 1972 and the seven LPs of the day (although I won't know the last one till the day of recording)...
The remainder, the "category tracks" (indicated in bold on the list above) will be new stuff in, of that ilk, or stuff from the past, of that ilk...
It's a plan...
Let's see...
As I publish this, the first of these "new" eclectic selections is available over to your right...
I know you won't click play but someone will...
Wait, one more pic - also today, I moved the PA through from the back room and ushered in a slightly new layout...
I like to move things around... 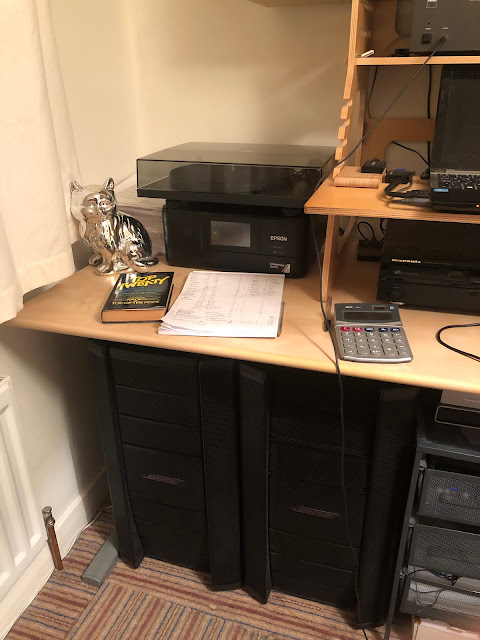